From Western Australia I arrived in Hobart, Tasmania on the afternoon of October 15.  I had made arrangements with Coreena Vieth through Tours by Locals for her to pick me up at my Airport Travelodge Hotel at 7:00 a.m. the next morning.  Our itinerary for the 16th was to drive to the ferry to Maria Island.  Maria Island is home to an introduced colony of Cape Barren Geese, and this was a species I particularly wanted to see, and was not likely to see on Bruny Island, my main birding destination in Tasmania.  Some of these Cape Barren Geese proved to be quite tame. 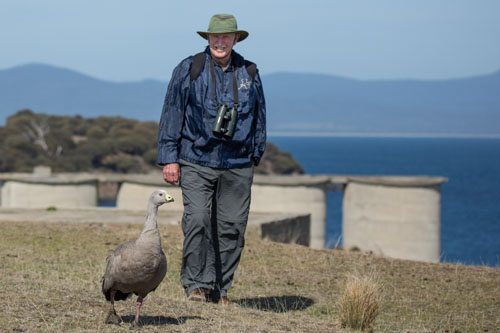 Some areas of the island are cropped very short due to the high population of Australian endemic mammals, including Forester’s (Eastern Grey) Kangaroos 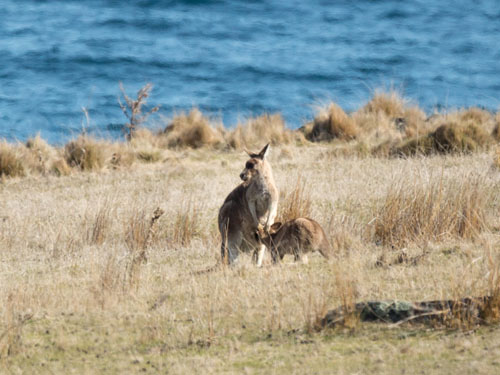 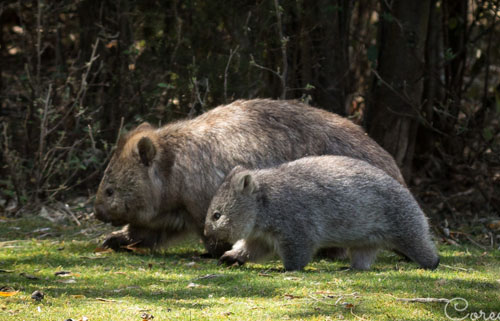 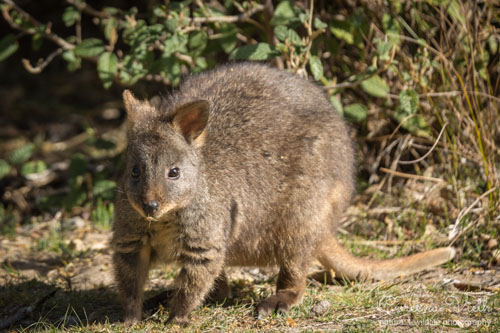 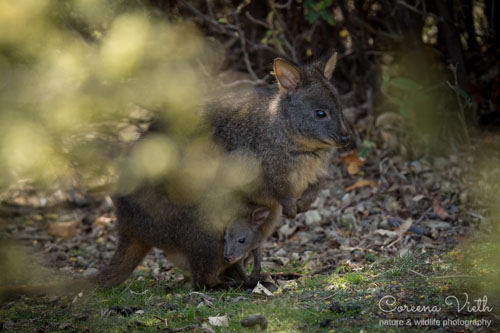 Unfortunately for the geese, endangered Tasmanian Devils have also been introduced to the island and have done well, foraging at night on geese and their eggs.  As the devils are nocturnal, I did not get a look at one on the island.  The future of the Cape Barren Geese on Maria does not look promising, based on recent studies on the impact of the devils on the wildlife on Maria Island.   Reference the Tassiedevil website.

I invited Coreena to take as many pictures as she liked because I did not have a camera and wanted to have some pictorial record of the birds and animals found on Maria.  Fortunately, she is a talented photographer, and welcomed the opportunity to use her skills while guiding me about the island.  All of the pictures in this blog (except those taken by Cat on Bruny Island) were taken by Coreena, who graciously permitted me to use them here.

We spent the entire day on Maria, and during the course of the day, I, with help from Coreena who in addition to photography and general tour guiding, knows a bit about birds, was able to identify a fair number of interesting birds, including the following: 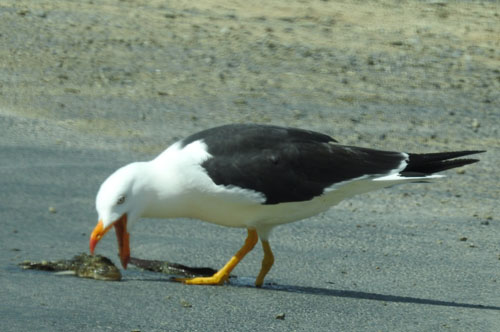 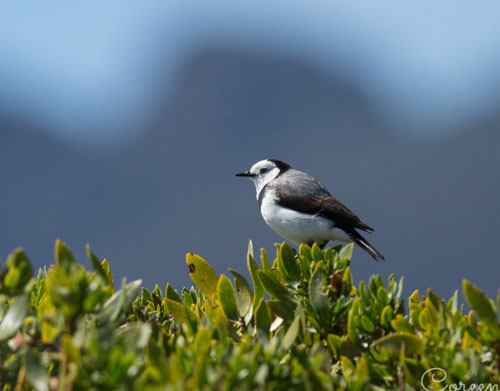 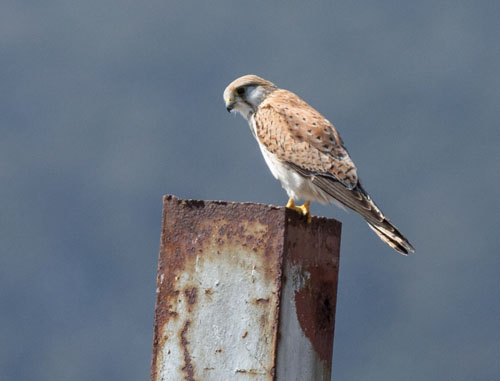 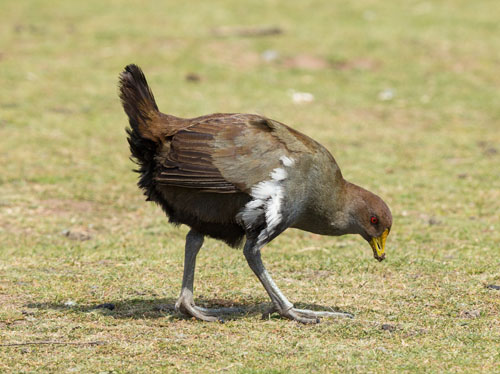 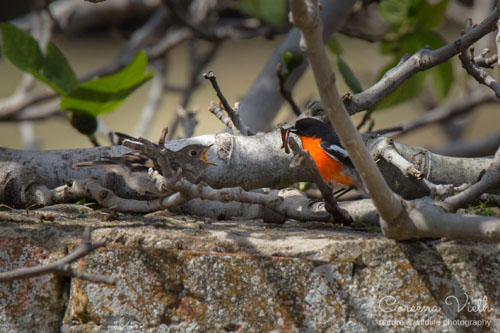 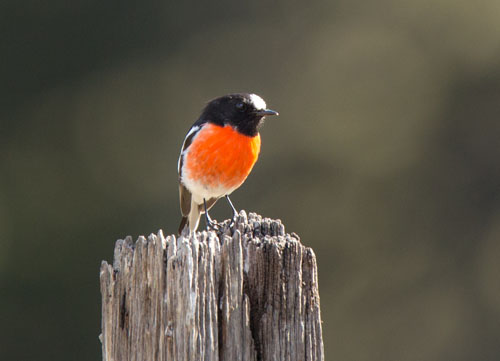 We boarded the last ferry from Maria to mainland Tasmania, and Coreena drove me to the Oyster Cove Inn in Kettering.  The Inn was still serving food when I arrived and after a pleasant welcome and a good meal, I settled in and the next morning I walked the short distance to the Bruny Island Ferry. The little restaurant at the ferry landing opened in time for a good breakfast of bacon (Tasmanian bacon is excellent) and eggs, before departing for the half hour ride over to Bruny Island.

I was met at the Bruny Island landing by Cat Davidson, who was to be my professional bird guide for the next 2 days.  She is one of several guides working  for Inala, a first rate hotel within a private reserve of some 1500 acres, with excellent birding itineraries for guests.   All 12 of Tasmania’s endemic bird species can be found on Bruny Island, many of them on the Inala premises, and we managed to find 11 of them during our 2 days.   The only one missed was the Scrubtit.  The ones seen were Green Rosellas, Strong-billed Honeyeaters, Black-headed Honeyeaters, Yellow Wattlebirds, Forty-spotted Pardalotes, Tasmanian Scrubwrens, Black Currawongs, Dusky Robins, Tasmanian Native Hens (pictured above) and Yellow-throated Honeyeaters. 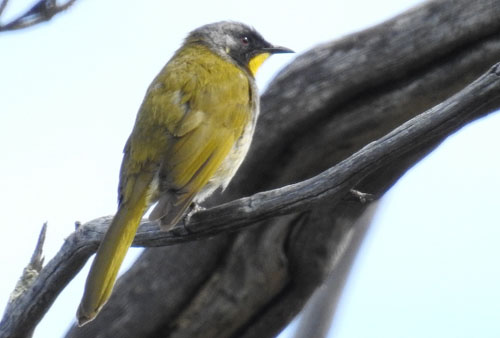 Cat is involved in bird conservation as well as guiding, and she and her partner (who was working on a documentary) had access to the restricted conservation area along the beach where the Little Penguins come ashore at night to find their way into burrows in the sand dunes, where they lay their eggs and raise their young.  At the same location, thousands of Short-tailed Petrels arrive by air at dusk to dive into the dunes near cavities where they, too, nest, sometimes brushing by within inches of our heads.  The night was still and clear, and the penguins and shearwaters arrived on schedule to provide a fascinating night-time show. Having seen this phenomenon up close, as the show-time wound down and we started the trek back along the beach, I asked that we stop and turn off our flashlights so we could just stand quietly and look at the billions of stars shining brightly in the dark sky. The Southern Cross, always a delight to me when I have the good luck to be in the southern hemisphere when it is visible, shone, although a bit low to the horizon.

Among the many lovely Bruny Island birds were these, photographed by Cat and used here with her permission: 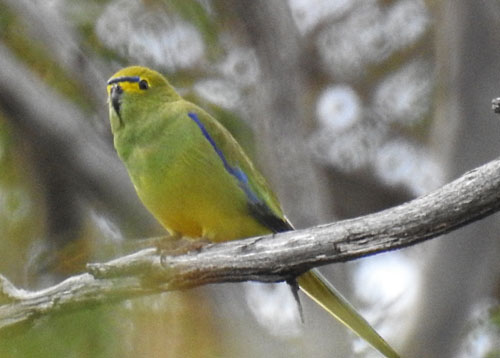 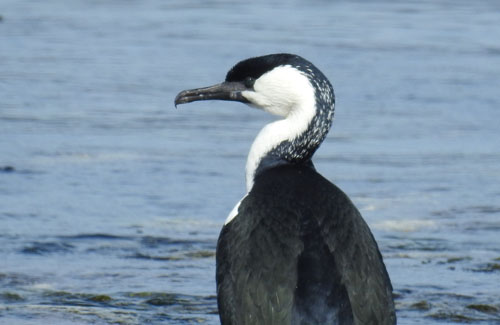 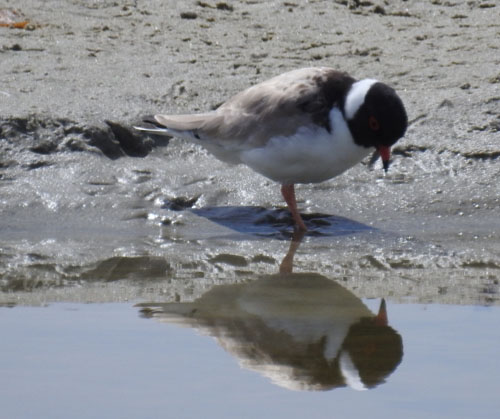 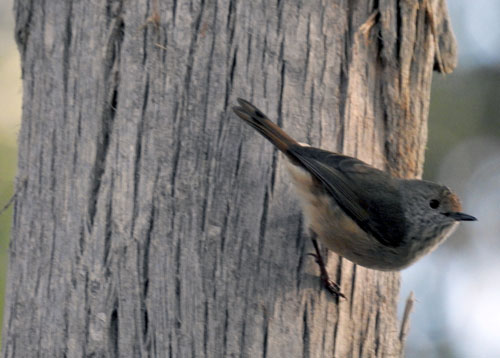 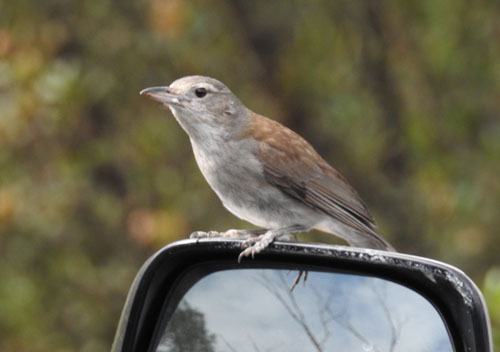 A stop at the Mavista Rainforest produced a couple of the new birds. 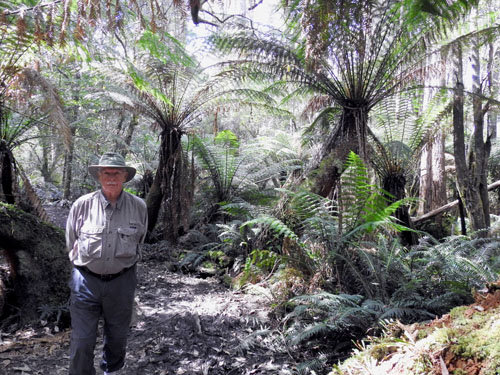 An interesting mammal encountered nearby was this Echidna, showing mostly its bum. 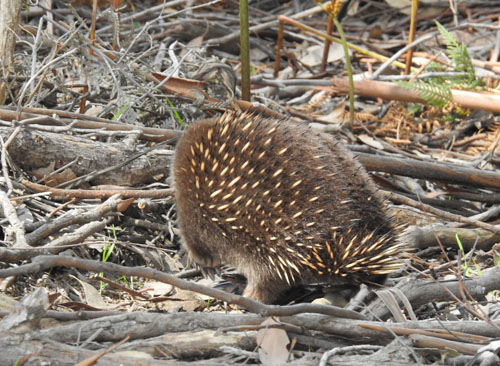 Having completed 2 full days of birding on Bruny Island, and 2 nights in the beautiful and secluded Narina Cabin on the Inala property, Cat took me back to the ferry and Coreena met me on the other side.  As I mentioned in my Western Australia blog, one of the high priority new species that I wanted to see was Australia’s rarest duck, the Freckled Duck.  Coincidentally, Cat knew just where, on the Tasmania side, a dozen or more Freckled Ducks had been seen in recent weeks, and she coordinated with Coreena on location.

Coreena and I worked around a light rain which lasted most of the day, first touring the city of Hobart, learning the history of area, and then driving to the “Freckled Duck Location.”  There (Gould’s Lagoon, I believe) we found one of the highlights of my trip, a flock of at least a dozen Freckled Ducks. 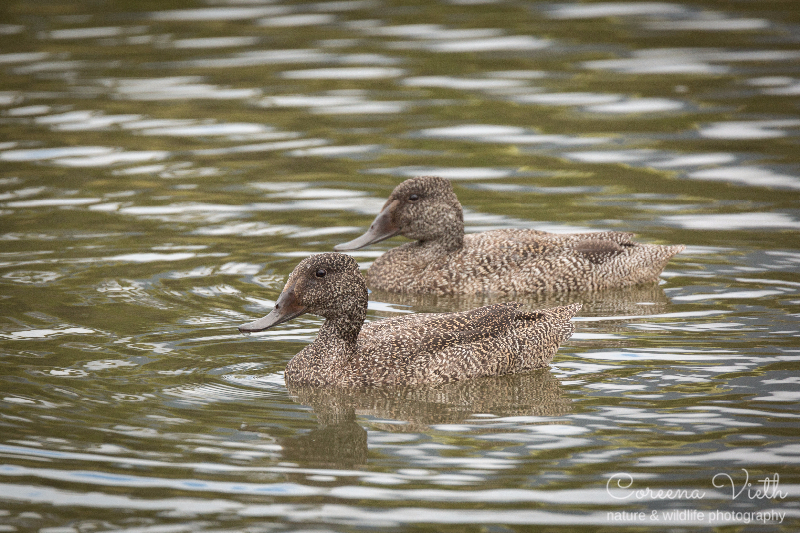 At the same location were Black Swans 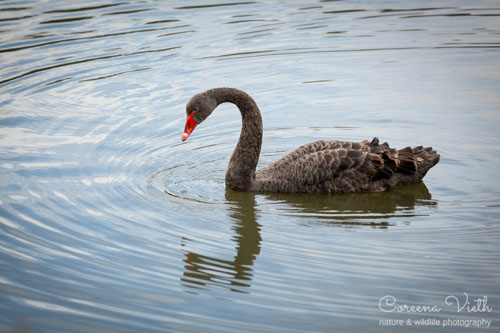 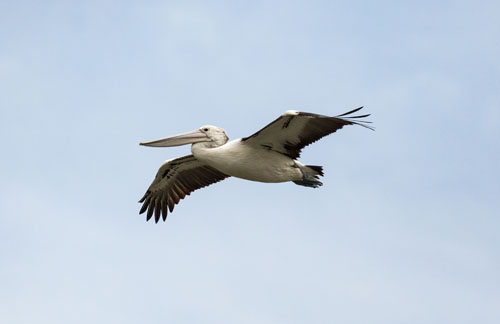 And a good assortment of other water birds. 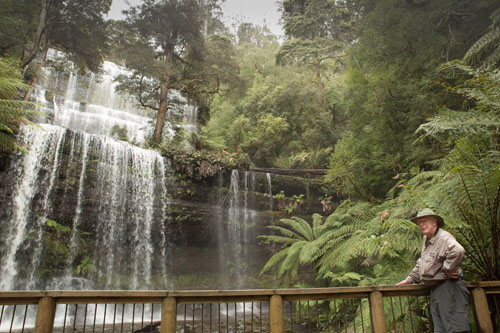 Returning to my hotel at the Hobart Airport, I retired early to be ready for my 6:05 a.m. flight to Melbourne.  There I would “Skybus” from the airport to the Southern Cross Station in downtown Melbourne, there to board a long-distance bus to Deniliquin, in the Murray River Valley.  I arrived in time to walk to a nearby grocery store for some victuals, and arose early the next morning to participate in Philip Maher’s intensive Plains Wanderer Week-end.