Today we left the mountains and drove through beautiful Andalucia countryside to Seville. My wife and daughter often have a problem riding in the backseat of a car in the mountains, so my wife drove while my daughter navigated.  When we arrived in Seville, I knew I had made a very wise decision to let her drive.  The streets in the Santa Cruz area were unbelievably narrow.  In fact the street of our hotel was pedestrian only.  After the three of us dropped our things at our hotel while my wife double-parked, I waited at the hotel while they drove to the parking garage and maneuvered the car into a very small spot.  I was relieved to see they were smiling and laughing when they returned to the hotel.

After lunch we visited the Alcazar which is still used today as a royal palace.  It was originally built by the Moors in the 10th century. 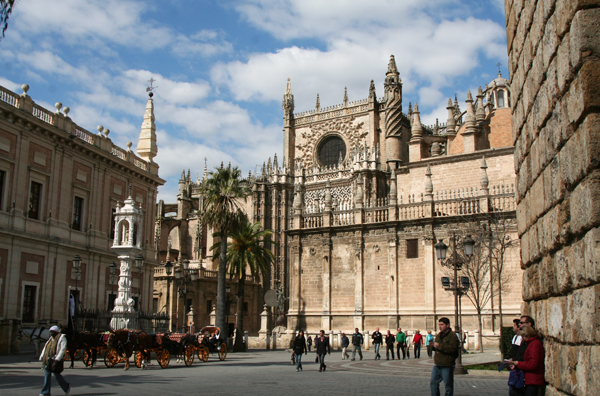 Part of the interest here is that it was extensively remodeled in the 14th century by Moorish workmen for the Christian king, Pedro I. 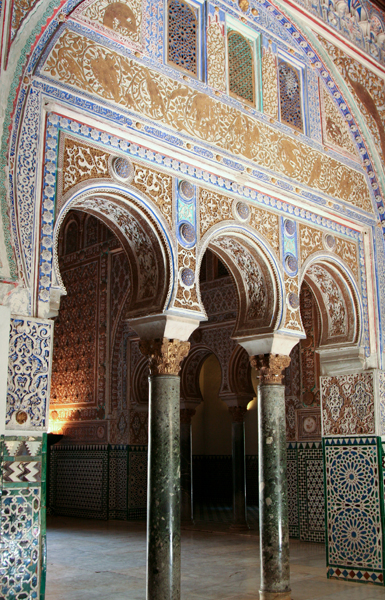 In the Admiral’s Apartments is the earliest known portrait of Christopher Columbus as well as a model of his flagship Santa Maria. 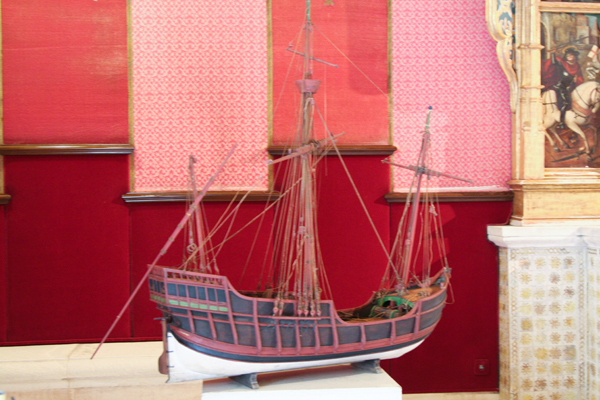 We also enjoyed seeing the Patio of the Lions, King Pedro I Palace, Court of the Maidens, and the lovely gardens. 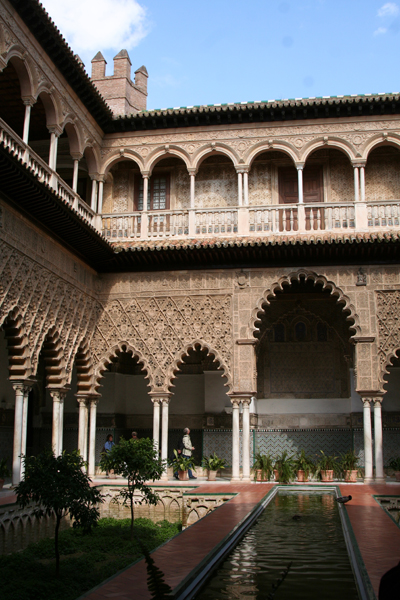 In the Gothic wing of the Palace are copies of 16th century tapestries from Brussels.

On to the cathedral which is the 3rd largest church in Europe.  As you probably know, the largest is St. Peter’s at the Vatican followed by St. Paul’s in London.  This is, however, the largest Gothic church anywhere.  Some of the works included in the art pavilion are by Seville’s 17th century masters, Bartolome Murillo and Francisco de Zurbaran. 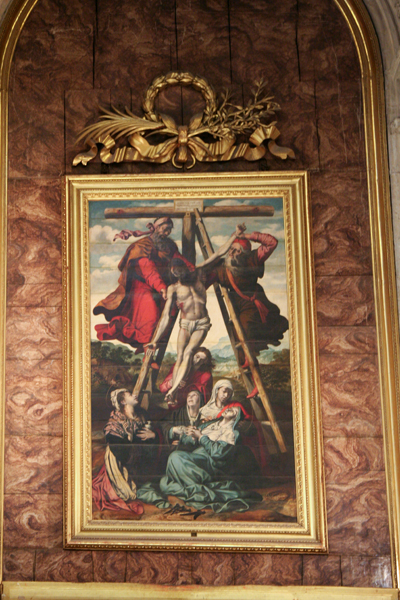 As one would expect in such a large church, the 65-foot tall high altar is the largest altarpiece ever made.  It shows 44 scenes from the life of Jesus carved from walnut and chestnut and covered with an enormous amount of gold leaf. 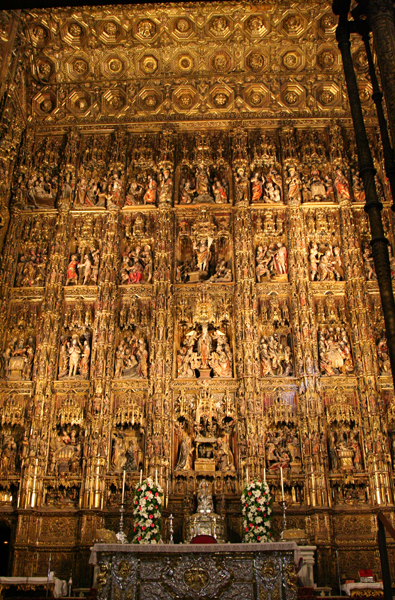 The 7,000-pipe organ, the chapels, the sacristy, and the treasury were all very interesting to see.  One of the most photographed sights is the tomb of Christopher Columbus. 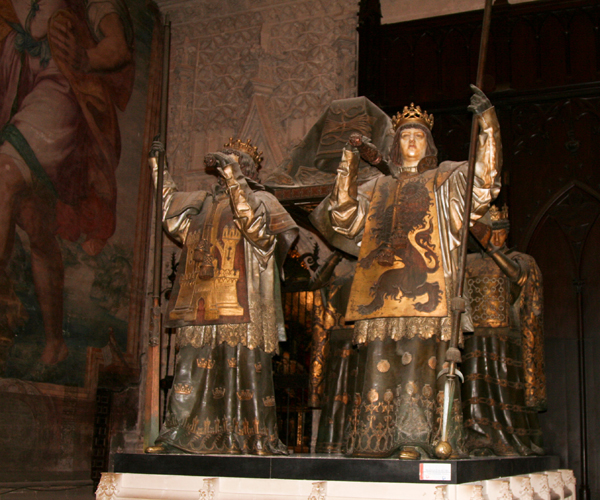 The Giralda Bell Tower was originally built as a Moorish minaret, but is now the cathedral’s bell tower.  Of course we climbed 330 feet up for a view of the city.  Instead of steps, there’s a spiraling ramp designed for riders on horseback to answer the Muslim call to prayer five times per day. 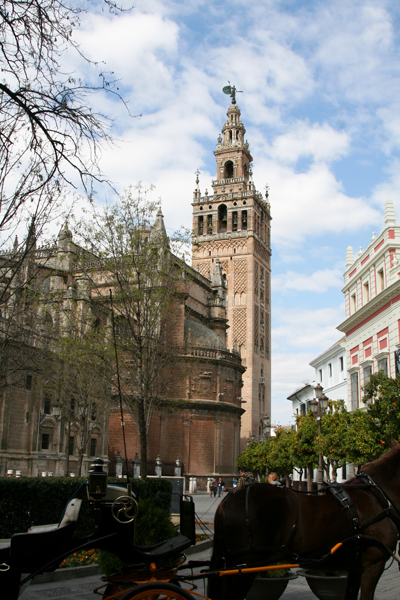 You know the saying “when in Rome….”   Well, when in Seville, one must experience flamenco.  Seats were on a first come basis, so we arrived in plenty of time and were very glad we did because we had a perfect view.  The guitarist was outstanding, the singer was very soulful, and dancers were great fun to watch.  The show was a real highlight of the trip. 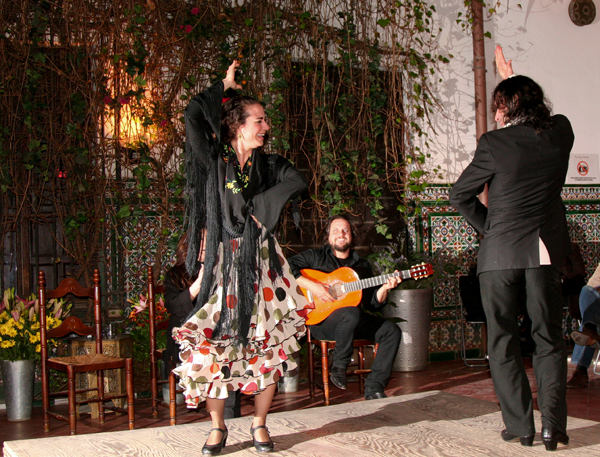 A glass of port, then off to bed following a busy day of sightseeing.