After wandering around the vineyard a while and having a late breakfast, we ventured on through the Duoro Valley on our way to Obidos for lunch.  Our GPS took us to a very small village named Obidos rather than the town we were expecting, so we went to Nazare instead.  I think it was meant to be because it was a fascinating town on the Atlantic coast. Some of the older women still wear several layers of petticoats under their skirts. The local fisherman bring in their catch, clean them, and put them neatly on racks to dry in the sun. Their wives then sell the dried fish.  No, we didn’t try them.  The look and smell of the drying fish were quite unappetizing. 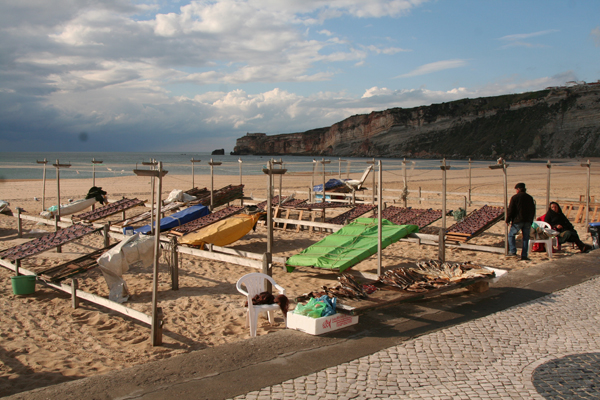 Off to our next destination, Peniche, to watch the sun set over the Atlantic.  Such a sight! 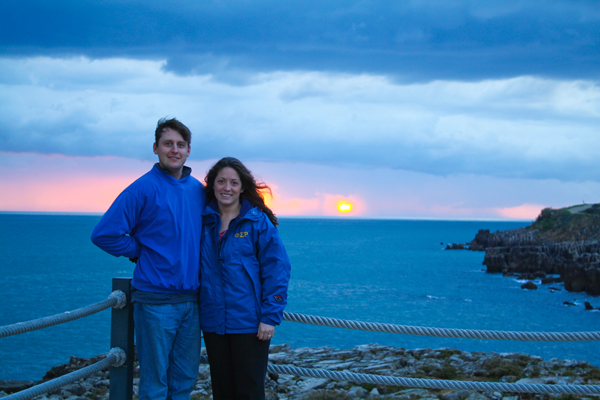 Due to the layout of it’s beaches and breaks, the town is known for having some of the best surfing conditions in Europe.  Everyone was in Mardi Gras mode for the weekend with lots of costumes and music.  We had such a nice day meandering along the coast that we ended up arriving in Lisbon rather late.

The next morning we started out by going to St. George Castle.  While the castle is interesting to see, the real attraction is the great view of several main squares and avenues and many churches in Lisbon.  We could also see for miles along the riverfront and the 25th of April Bridge. 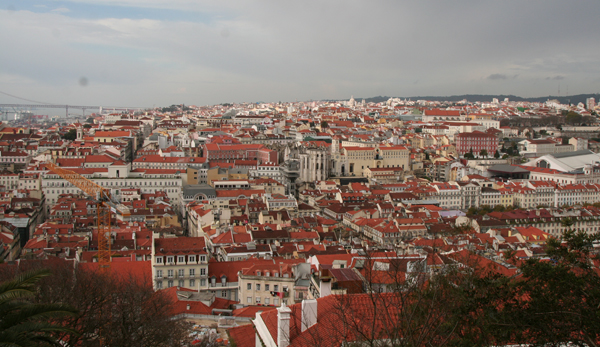 From there we walked down the steep streets to Praca do Comercio to catch the trolley to Belem.  Here we toured the Monastery of Jeronimos. 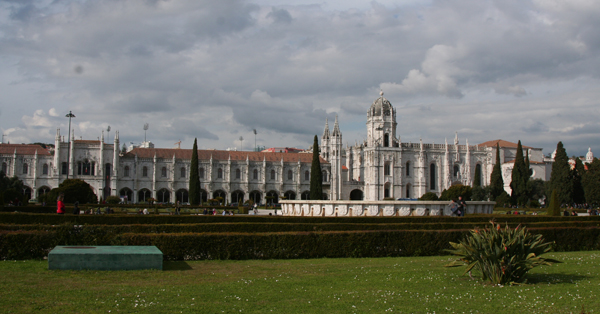 It was built in 1502 to commemorate Vasco da Gama‘s successful voyage to India and now houses his tomb. 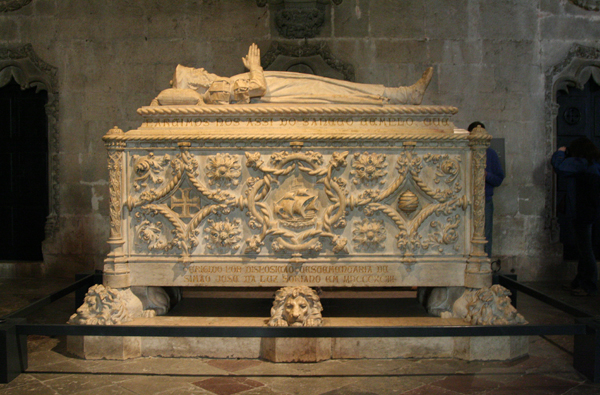 The cloisters are where the signing took place when Portugal joined the European Union in 1986.

From there we crossed the street to the impressive and massive Monument to the Discoveries.  It was built in 1960 for the 500th anniversary of the death of Prince Henry the Navigator.  It represents a 3-sailed ship ready to depart.  The sculptures are of famous men who were prominent in early maritime exploring. 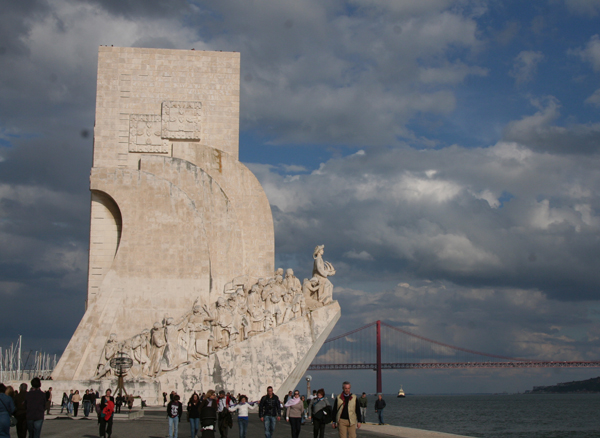 Nearby was Belem Tower, the point from where the explorers embarked on their journeys and to where they also returned.  It was built in 1515 as a fortress to guard the Lisbon harbor. 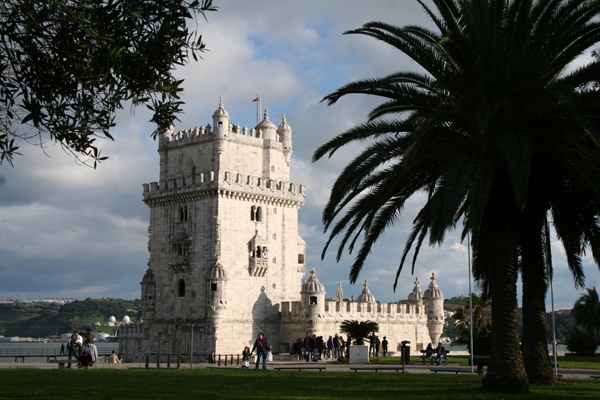 After waiting quite some time for our bus which would take us back to the area of our hotel, we realized it didn’t run on Sundays.  Good thing there were plenty of taxis available.

In the evening we (my wife and I) thought we should experience the traditional Fado of Lisbon.  Our daughter and son-in-law were their usual cooperative selves and went along with our decision.  Fortunately, the dinner was fine.  The singing is very mournful, and no one is to talk or interrupt in any way.  Now we can say we’ve experienced a Fado.

It was sad to realize our trip was ending.  The next morning we said goodbye to our “kids” at the airport and drove back to Madrid to return the car.  As you know from an earlier post, we enjoyed the next day birding in the Madrid area before coming home.

We found the people and country of Spain to be beautiful and interesting.  We hope to visit there again.