Barbara and I were in Tanzania from February 3 through February 14th, 2012.  Our previous visits to Africa were to Egypt quite a few years ago and to Botswana and Zambia in 2007.  Egypt was rich in history and culture, to which we were exposed during a trip north on the Nile River from Aswan to Cairo and in Cairo itself.  Botswana possesses great natural beauty in a pristine and safe environment.  We stayed at 4 very different camps in Botswana.  The birds, animals and vegetation were of wonderful variety and observable close-up.  Our final stop was at Livingstone, Zambia, the site of the incomparable Victoria Falls.  Our choice of Tanzania in 2012 posed a dilemma for us, as we wanted to see the great migration of the zebras, wildebeests and other animals through the Serengeti, and we had thought of the Serengeti as a Kenyan destination.  Our research led us to conclude that we might see more in Tanzania, on the southern part of the Serengeti.  We hoped especially to see Rhinoceros and Cheetahs, and it seemed that our chances of that would be better in Tanzania.

We worked with Kensington Tours to help us plan our itinerary.  We flew Ethiopian Airlines from London to Kilimanjaro, Tanzania, (by way of Addis Ababa).  Our approach to Kilimanjaro was rough and the Mountain was obscured by clouds.   We were met at the baggage area by the young man, Raymond, who was to be our guide and driver during our entire Tanzanian tour.  He was excellent company and a great guide, with a thorough knowledge of Tanzania’s animals, birds and vegetation.  We could not have asked for a better companion for our trip.

Raymond drove us to our first accommodation, the Serena Mountain Village Lodge near Arusha.  It is modeled on an African village with separate guest facilities, each covered by a thatched roof. 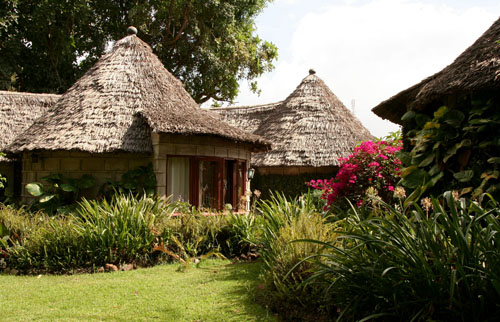 We had a late, light lunch and slept for an hour or so.  Then, in spite of intermittent rain and thunder, we did some late afternoon birding on the Lodge grounds.  Our birds for this first day in Tanzania included Pied Crows, Variable Sunbirds, Collared Sunbirds, Common (very common) Bulbuls, Speckled Mousebirds, 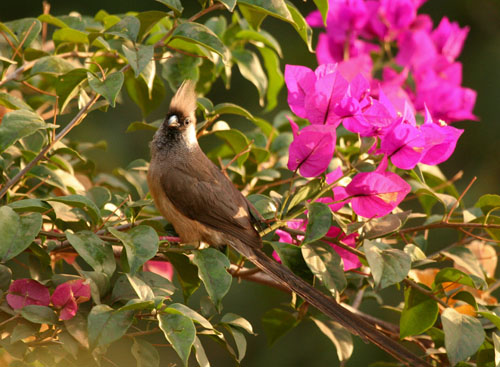 a Red-headed Weaver, a Lizard Hawk and a lot of unidentified fly-overs.  Dinner at the Lodge was very good and we enjoyed meeting a few of the other guests during the pre-dinner cocktail time.

We had thought about doing some shopping on that first day, or the next day, especially for some Tanzanite jewelry, but we were too tired the first day and we wanted to use the second day exploring the nearby Arusha National Park.

Raymond picked us up about 8:00 a.m. and drove to the Park.  In the distance we could see Mt. Kilimanjaro, the tallest mountain in Africa at an elevation of 19,300 feet. 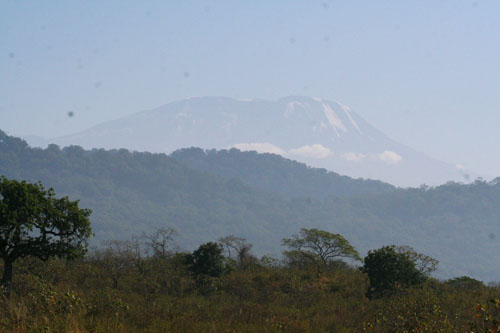 It is also the tallest free-standing mountain rise in the world, rising 15,100 feet from its base.  It is comprised of three distinct volcanic cones.  The period from 1912 to the present has seen the disappearance of more than 80% of its ice cover.  26% of the ice present in 2000 had melted by 2007.  The prediction is that it will become free of ice between 2022 and 2033.

We had good looks at a number of Zebras, quite a few Warthogs, some beautiful Giraffes, 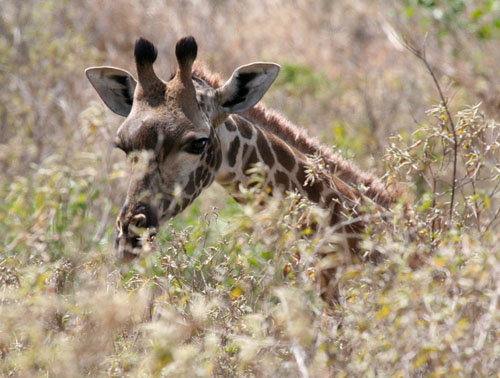 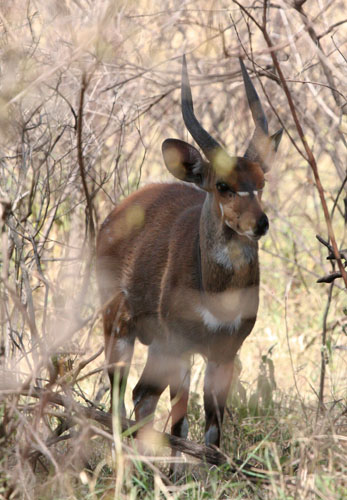 The best find of the day were the Black and White Colobus Monkeys. 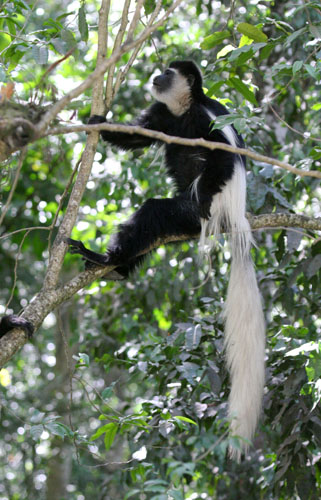 A close second were the Blue (Sykes) Monkeys. 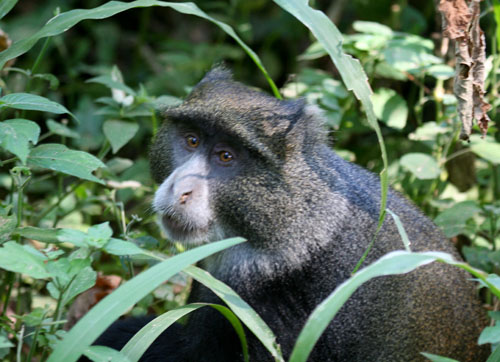 Olive Baboons(a subspecies of the Chacma Baboon) were present in big numbers here, as they were throughout the remainder of the trip.

Among the more interesting birds at Arusha National Park were Gray Crowned Cranes, 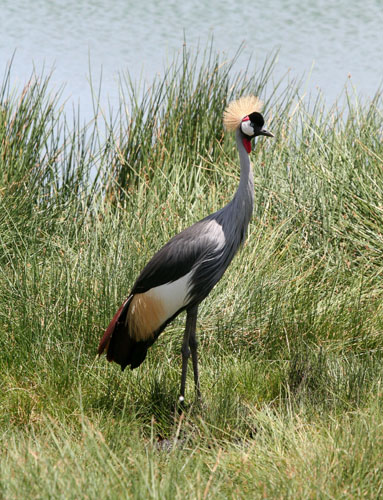 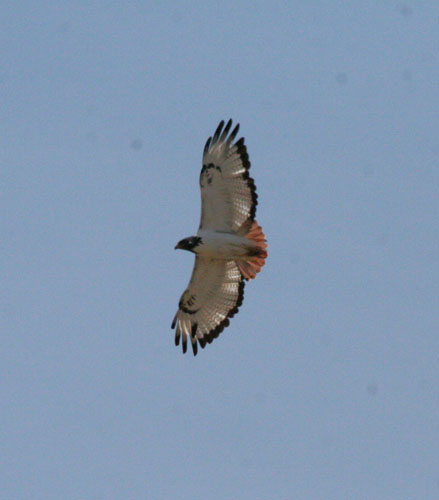 We spent a long day in the vehicle and returned to Serena Mountain Village in time for another good Tanzanian beer and a very good dinner before walking back to our hut under a beautiful starlit sky, and retiring for the night.  As everywhere, mosquito netting enveloped our bed, but we saw virtually no mosquitoes anywhere.