On February 5th Raymond picked us up in his Land Cruiser. First stop was a large souvenir shop that offered, among many other items, Tanzanite jewelry. Tanzanite is a beautiful blue stone found only in Tanzania. It was discovered about 40 years ago. We had considered buying Tanzanite jewelry as a memento of our trip. We did not have the energy or the time to look at the outlets in Arusha. In any event, when we looked over the items, which were indeed beautiful and expensive, we were unsure of their real quality and actual value, so we chickened out and did not buy any.

On the way to Tarangire National Park we saw colorfully dressed people of the Maasai tribe. Their villages covered the landscape. They have many herds of cattle which they move to various water supplies and grassy areas each day. Their society is organized into male age groups. We saw a few boys who were passing through initiation to become a warrior and eventually an elder. 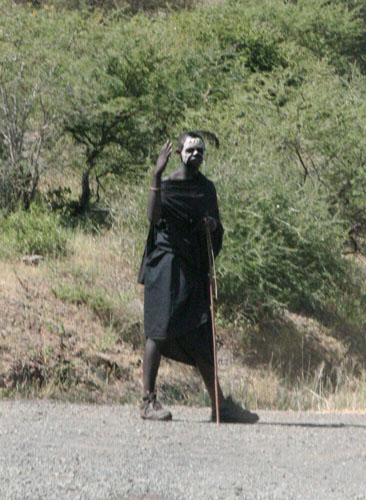 Once at Tarangire we drove through expansive, acacia-dotted dry savannah. Elephants and Giraffes were plentiful. 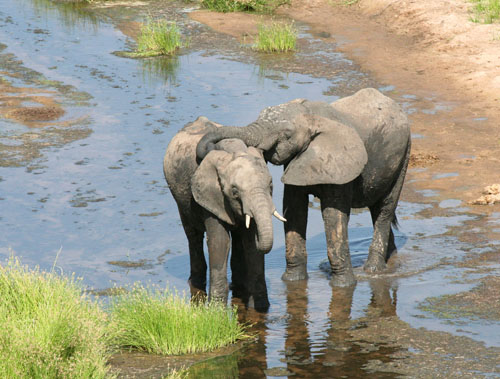 There were numerous small Weavers and other grassland/acacia scrub inhabitants. We stopped for a picnic lunch on a bluff overlooking the Tarangire River, which was nearly dry. From there we observed a pair of Tawny Eagles hanging out at the water’s edge. 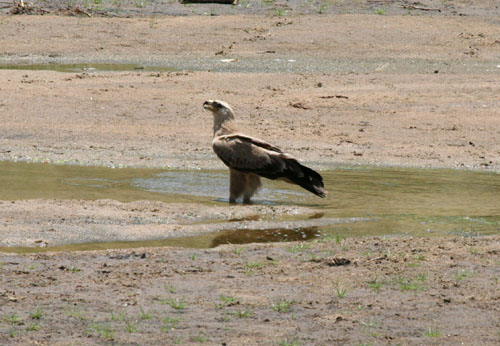 A Secretary Bird was walking through the grasses near the water. 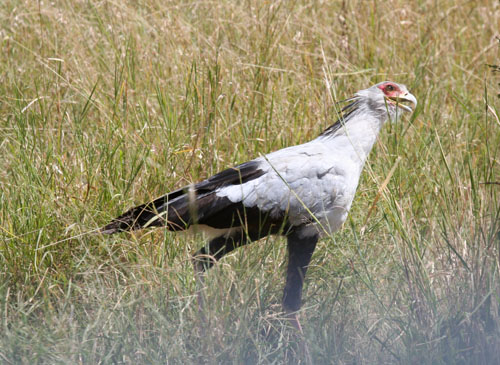 White Storks by the hundreds stalked insects in the grass. 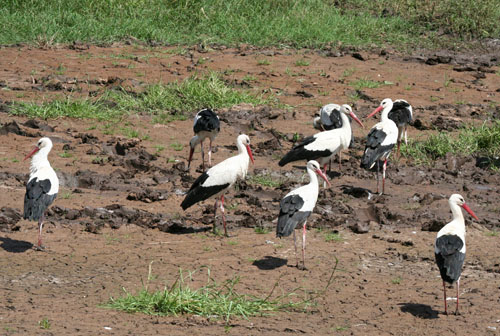 We arrived at Kikoti Camp fairly late in the afternoon. This is a permanent tented camp with 10 tents. The accommodations were excellent and we enjoyed a very delicious meal in the dining tent. We were escorted back to our tent by a Camp Guard, because the Camp is unfenced and all sorts of large animals roam through it at night. On the way back we spotted a Bush Buck just a few feet from the path.

After a bountiful breakfast, we returned through the Park driving toward Lake Manyara. Many monkeys and Baboons were out and about. 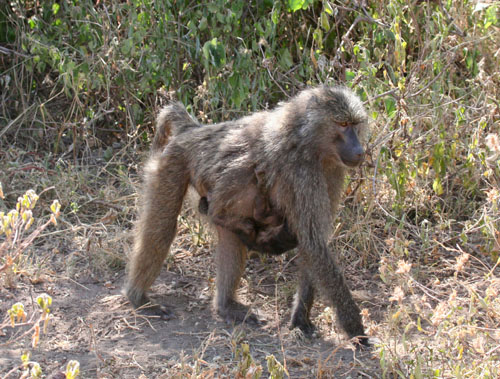 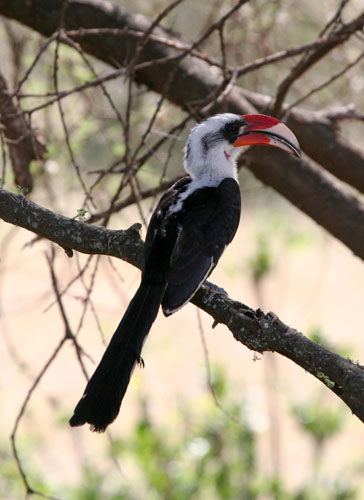 As the afternoon wore on, I faded out as we made our way to Kikoti Camp for the night. I came to when Barbara shouted “Stop, stop, there’s a Cheetah”. To my surprise, and, I think, to the surprise of Raymond, indeed there was a Cheetah, slinking along in the grass beside the dirt road. 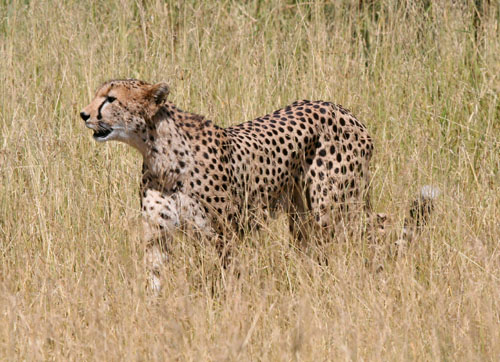 Primary objective number 1 was accomplished, and very early in the trip. The pressure waned noticeably, as Barbara excitedly shot numerous photos of the Cheetah as it moved ahead of us and crossed the road. It is a beautiful animal and I will never forget this first sight of one in the wild.

On, then to Lake Manyara. Not many birds were to be seen along the way today. We stopped at a “hippo pond” which appeared to be no bigger than a swimming pool. We debated stopping, finally did, and were rewarded by a great view of a Hippo on land, for a change. 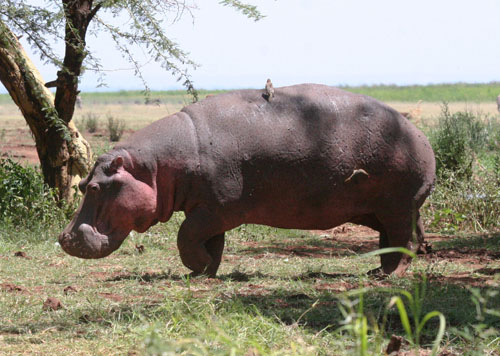 The Lake itself was full of Flamingos. Late in the afternoon we arrived at Serena Lodge. We enjoyed a couple of cool Kilimanjaro and Safari beers while we sat by the pool and the pool bar as evening descended. Interestingly, quite a few birds came to the pool to drink. Among them, Black Bishops, Baglafecht Weavers, and several other “firsts” for the trip. Dinner again was delicious and we retired early to prepare for an early start toward Ngorongoro Crater the next morning.