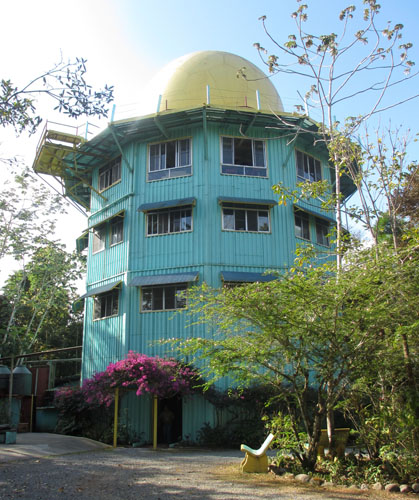 When the military abandoned it, it was converted into a destination birding site with rooms and common areas for 20 or so guests, great views of the surrounding jungle from the top of the Tower and excellent guides to help guests identify the numerous Panamanian species that can be found in the area.  We spent the afternoon and the next 2 days on guided tours to various sites in the vicinity of the Tower, including the famous Pipeline Road.

The most colorful birds that we saw well from the Tower itself were the Cinnamon Woodpeckers. 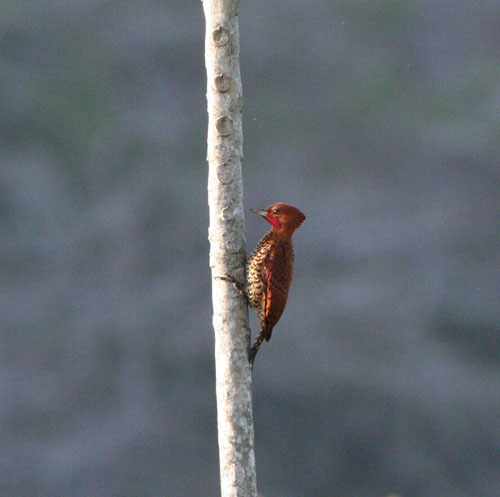 Early every morning we were awakened by the howling of the Howler Monkeys, which occasionally came very near the Tower. 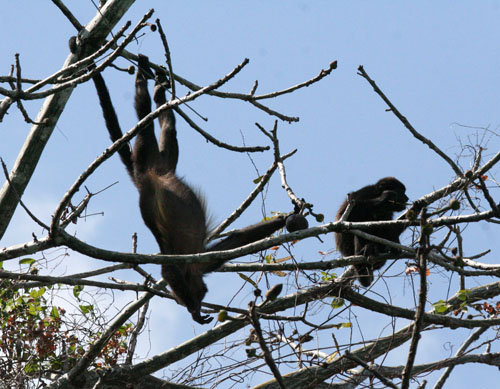 Blue-gray Tanagers were the most numerous of the many species of tanagers that we saw.

Crimson-backed Tanagers were among the most colorful and were also quite numerous. 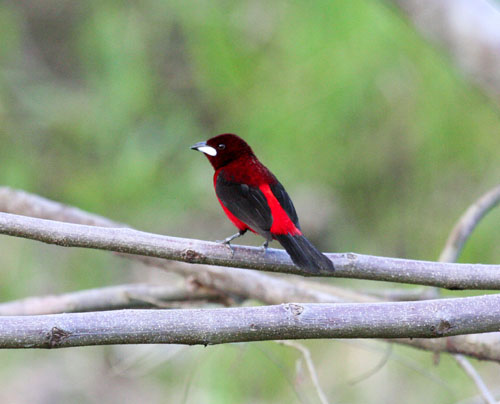 One of the least expected finds for me was the strangely named “Brownish Twistwing.” The name comes from its habit of constantly twisting first one and then the other of its wings. 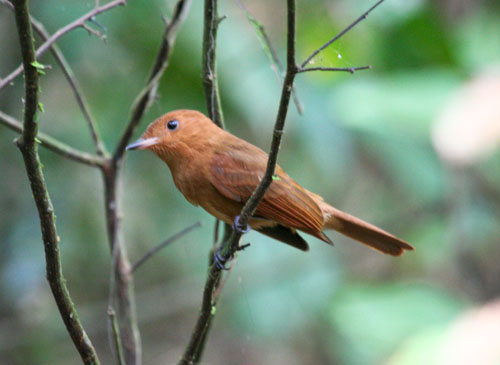 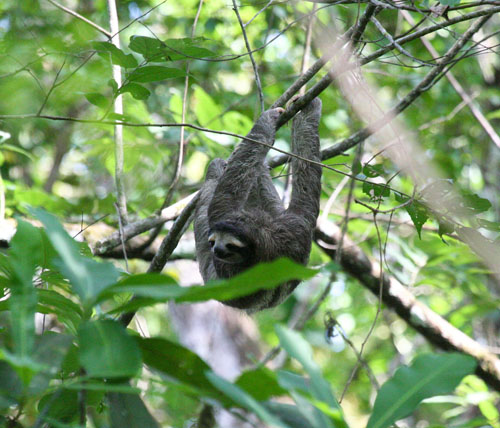 We later saw several of the somewhat larger Hoffman’s Two-toed Sloths, but they were curled up and motionless and never exposed their more memorable features sufficiently to get a good picture, unless you think an amorphous mass of gray hair is of interest.

On Sunday morning we walked on Pipeline Road, where we met our Panamanian friends again as they were out for a run.  We also met up with this rather menacing Cayman, glaring at us from a small pool along the Road, as if to say “if you come here at night I will be waiting.” 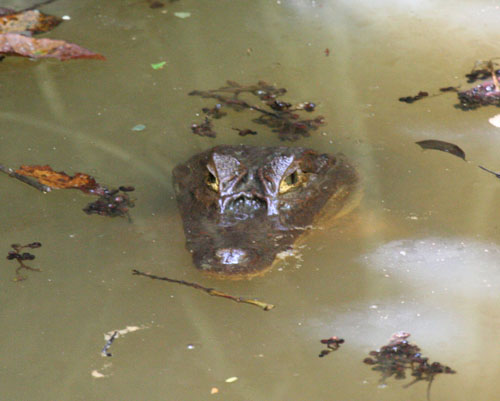 We learned that the Pipeline Road was built to supply oil to the Canal through a pipe laid along the road, which has never been used.  The road does provide a nice running track and nature trail, and is known world-wide for the variety of birds that can be found along it.

Among the other colorful or interesting birds that we found on our trips from Canopy Tower were a Black-throated Trogon,  a Squirrel Cuckoo, 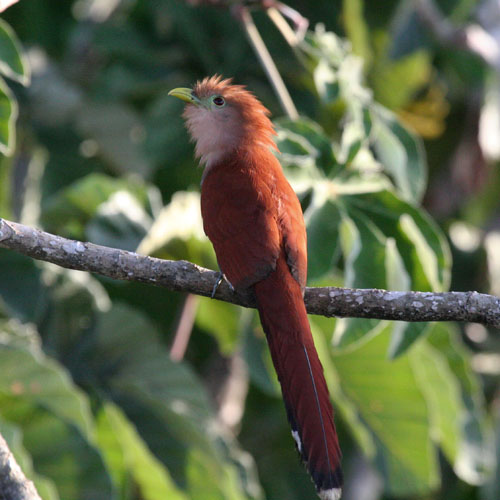 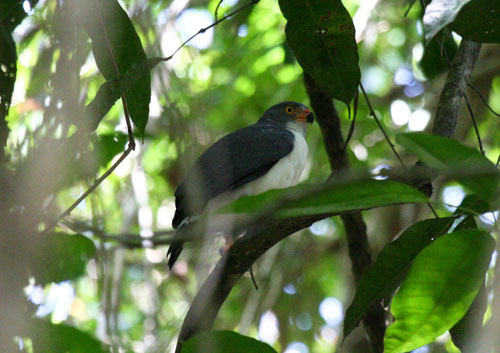 and a Bare-faced Tiger Heron. 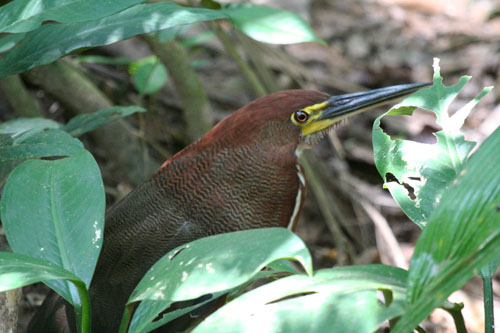 From Canopy Tower we were taken by van to its sister facility, Canopy Lodge, on the border between the governmental departments of Panama and Chocle, for three more days of birding and general nature appreciation.  I will describe the Lodge and what we saw and did there in my next installment.