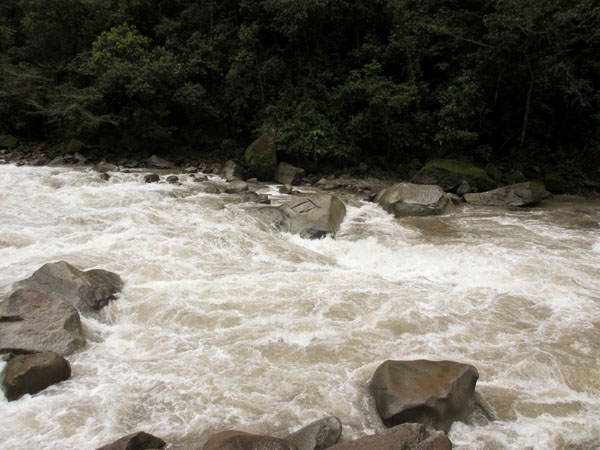 From the train I caught brief glimpses of Torrent Ducks, an Andean Guan, a Fasciated Tiger Heron and an Andean Motmot. At Aguas Calientes we met our Machu Picchu guide, Vilma, and took the short bus ride up to the ruins, arriving there on a beautiful sunlit morning.

I had been told, but I was not prepared for the beauty of Machu Picchu. It does not look like a “ruin”. The buildings and terraces were constructed in the 1500s to house a city of about 800 Incans. 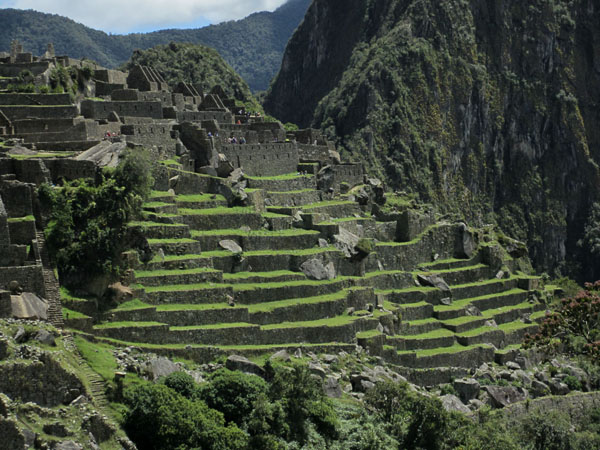 They lived there only a short time before it was abandoned due to the fears of the on-coming Spaniard Conquistadores, who in fact did not find it. It was “rediscovered” only about 100 years ago by a National Geographic photographer, Hiram Bingham. Pictures are better than words at conveying the loveliness of this place. I walked about half way to the top and then found a shady spot to stop while Adam and Vilma went on to the top. 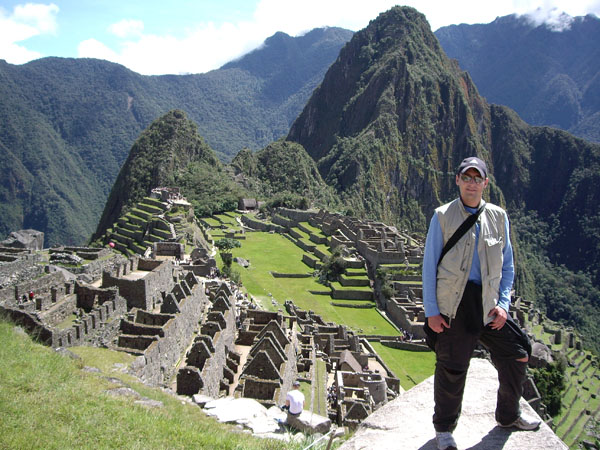 I sat in the shade and mused about the history and spirit of the city and its founders, looking out over the buildings and terraces and the amazing mountains that surround the site. Blue and White Swallows, White-tipped Swifts and a lone American Kestrel, soared around me.

We met Silverio at the Machu Picchu cafeteria, in the Sanctuary Lodge Hotel, for lunch. This is a cafeteria to challenge all cafeterias. The food quality and selection were outstanding. After lunch we boarded a bus and returned down to Aguas Calientes where we rested until dinner time.

The next morning, April 25, we took the bus half way back up the mountain toward Machu Picchu and were let off by the Urubamba River. From there we spent a leisurely morning birding our way back through the trees to Aguas Calientes along the rail road track and the Urubamba River. This was the most productive morning of birding of the entire trip. We had nice weather, the walking was easy and the birds were plentiful. Among the best sightings were spectacular looks at Torrent Ducks 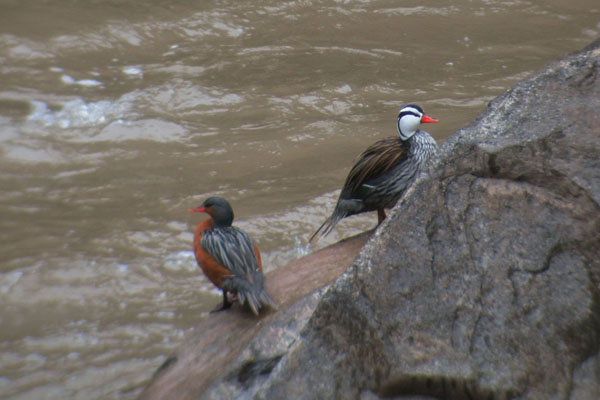 and a White-capped Dipper on rocks in the Urubamba. 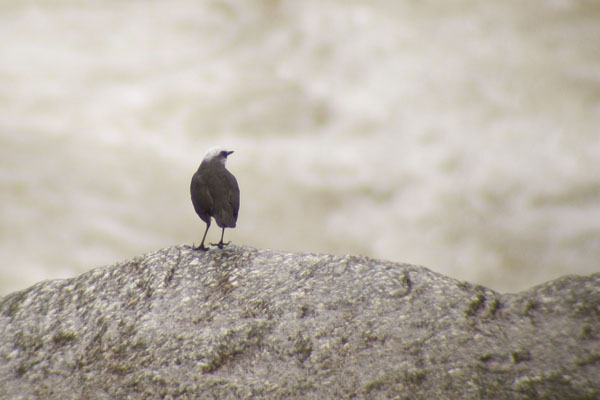 We lounged around (slept) in the lobby of our hotel until the train departed from Aguas Calientes to Cusco, where we would spend the night before flying back to Lima the next day. The train ride was about 4 hours, but it was enlivened by a mischievous masked creature and a fashion show along the way. That night in Cusco we dined at a very nice cafeteria, where we were again entertained, this time by a traditional Andean band and dance group. 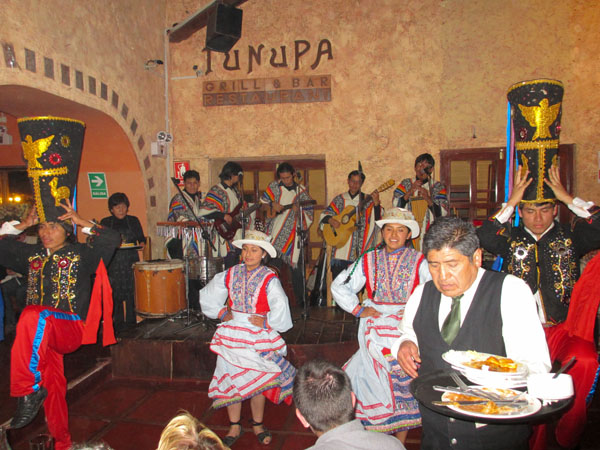 The next morning, April 26, our return was complicated because a large crowd was demonstrating on the streets outside our hotel and made it impossible for our driver to get to the hotel to take us to the Cusco airport. We walked a few blocks to connect, and made our flights back to Lima and the U.S. in fine shape.

Conclusions: Peru is a beautiful country. If you like scenery, go there. The mountains are unmatched. Machu Picchu lives up to its reputation as one of the great historical attractions of the new world. It is well maintained and well run. If you want to see a lot of large and colorful birds, the Cusco, Abancay, Abra Malaga and Machu Picchu area is not the best choice in Peru. It does harbor some nice endemics and other interesting birds. Our final tally for the approximately 5 days of birding was 117 species seen, almost all of which were new to me.