I left my hotel in Cairns about 4:30 a.m. to depart at 6:45 a.m. for Port Moresby, Papua, New Guinea.  The flight went smoothly and I met the Rockjumper leaders at the Lamana Hotel in Port Moresby.  After lunch we boarded a bus for the Port Moresby Airport to get our 3:00 p.m. flight to Hoskins on New Britain Island.  At 6:00 p.m., having spent a hot afternoon in the small and crowded  terminal, we were told that the flight had cancelled.  Several hours of negotiating with the airline and the hotels resulted in a booking for all of us in a dubious appearing hotel for the night. The Lamana Hotel would not accept the rate the airline offered.   We had vouchers for a meal at the hotel and it was barely edible.  The next morning we returned to the airport for our rescheduled 10:00 a.m. flight to Hoskins.  It left about noon and we arrived, finally, on New Britain.  The delay took a day out of our anticipated 4 days of birding on New Britain.

New Britain is located in the warm Bismarck Sea just to the north of mainland New Guinea. It is the largest of the string of volcanic islands known as the Bismarck Archipelago.

From Hoskins we drove to our lodge on Kimbe Bay.  The area from Hoskins to Kimbe Bay looked more prosperous than Port Moresby.  I suspect that is related to the extensive palm oil and coffee plantations and the processing plants for palm oil that line the road between Hoskins and Kimbe.  We stopped in Kimbe at the Kmart for some supplies.  The destination, our lodge at Walinde, was a welcome sight.  We all enjoyed our stay there in lovely, raised cottages, and the food and service were excellent.

The next morning we boarded the bus again for a long, slow and bumpy ride to find the nesting grounds of the strange Melanesian Megapodes at the Pokili Wildlife Reserve.  We drove on very primitive tracks along the ocean.  As we neared the nesting grounds, our progress was halted by a mass of people blocking the road. 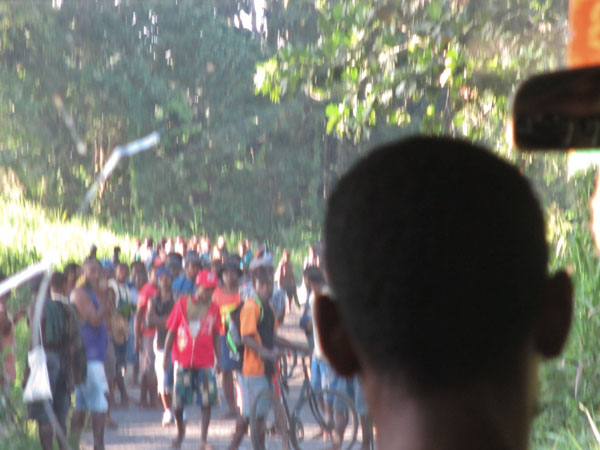 I don’t know what was said or what was done to clear the road for us, but about 5 of the local women boarded our bus and rode with us to the nesting ground.  There they joined some earlier arrivals in digging for Megapode eggs, then boiling and wrapping them. 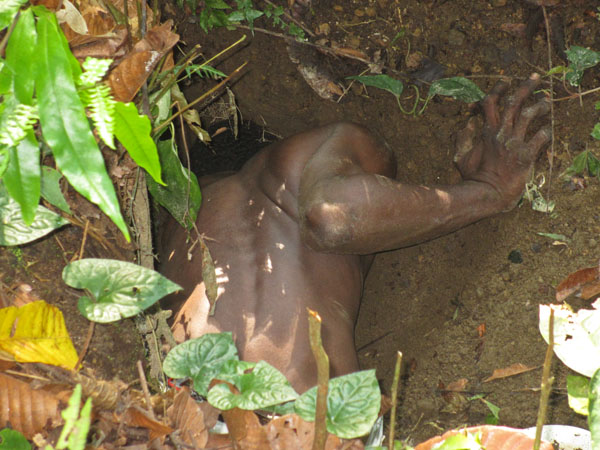 The eggs are a major source of protein for these folks.  Apparently they do not take so many that the birds become extinct, as there were a fair number of Megapodes skulking about in the trees. 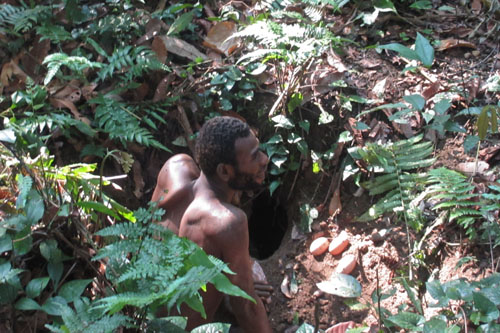 We spent a fair amount of time in the Pokili Conservation Area, looking for other birds.  After a lot of effort by our guide, Rich, we finally were able to see a beautiful Black-capped Paradise Kingfisher in the dense understory.  During the long ride back and in the afternoon, while relaxing at the Lodge, and hiking to Kilu Ridge, we saw a number of new birds, including Pacific Reef Herons, Lesser Frigatebirds, Swift Terns, Common Terns, Knob-billed Fruit Doves, Yellowish Imperial Pigeons, a surprisingly cooperative New Britain Boobook (Hawk-owl), Red-chinned Lorikeets, Red-flanked Lorikeets, Singing Parrots, Oriental Dollarbirds, Collared Kingfishers, Sacred Kingfishers, Black Myzomela, Black-bellied Myzomela, Pacific Swallows, Black Sunbirds, and Buff-bellied Mannikins.

On our final day we enjoyed a boat trip to the very small Resorf Island. 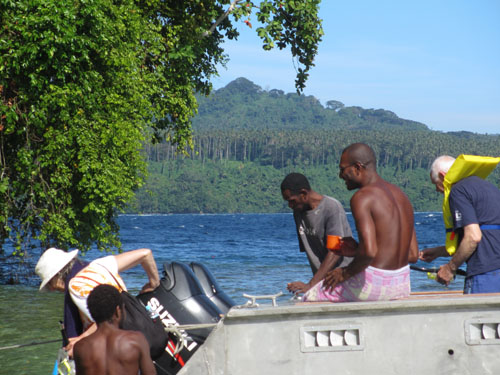 From the water, we could look back on the coast line of New Britain. 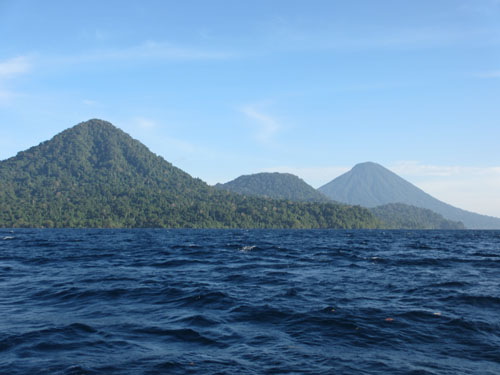 We spent a lovely morning there, snorkeling, watching for birds and eating a picnic lunch on the beach. 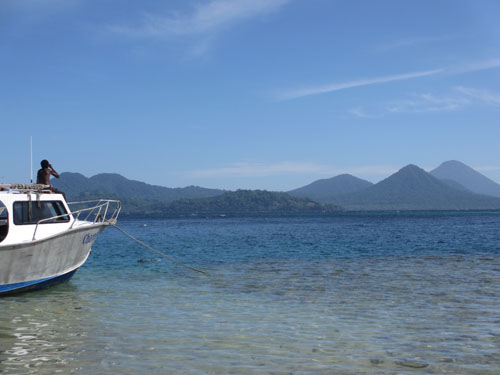 After enjoying another fine meal and night of rest at the Walindi Resort we returned to Hoskins for our flight back to Port Moresby, where the three of us who were going on met the 6 new folks that would be with us for the remainder of our trip.