On the morning of July 29 we caught a flight from Tari to Port Moresby, expecting to connect with an early afternoon flight from Port Moresby to Mount Hagen.  That flight was cancelled and we spent the night, once again, in Port Moresby.  Our hotel accommodations were very nice but we had little time to enjoy them.  Except for a few birds seen on our way to or at the Tari airstrip, very little birding was accomplished.

We returned to the Port Moresby Airport early the next morning and arrived at Kumil Lodge about 1:00 p.m. the next day.  Most of the afternoon was spent birding around the Lodge.  The Lodge is located about an hour drive out of Mount Hagen, in beautiful mountainous country.  One of the nice features of the Kumil Lodge was the feeding station located off the balcony.  There we were able to see a number of birds coming and going, and the photography was a little easier for my little camera.

Among the birds coming to or near the feeding station were Brehm’s Tiger Parrot, 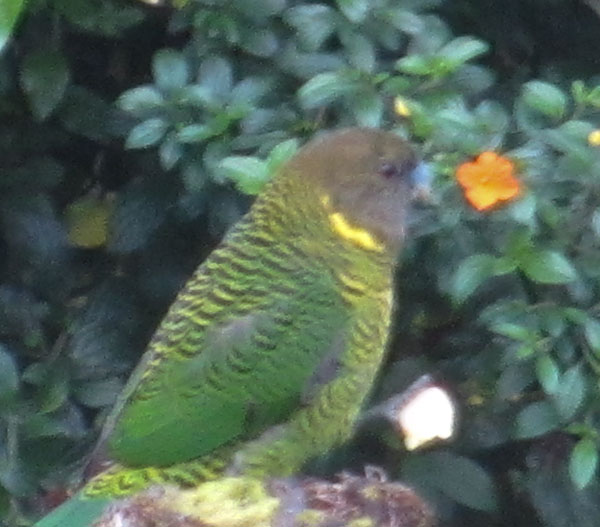 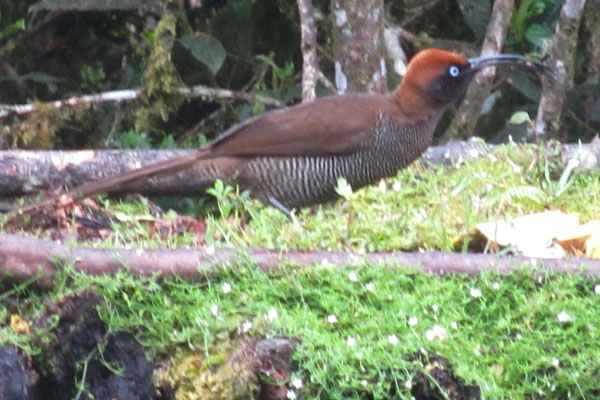 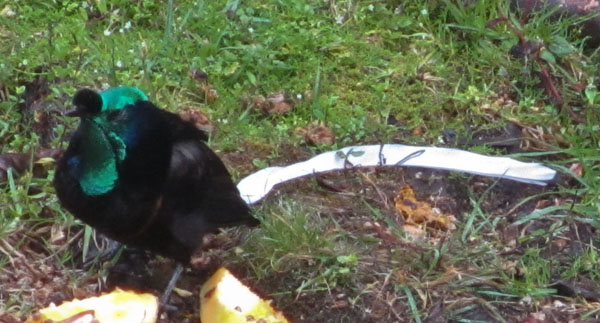 Princess Stephanie’s Astrapia, Common Smoky Honeyeaters, Gray-streaked Honeyeaters, Ornate Melidectes, Sclater’s and Rufous-necked Whistlers, White-winged Robins, and Island Thrushes. At the very end of our stay most of us were fortunate to see an Archbold’s Bowerbird slip in under the feeders for a minute of two.

Other birds seen first on the trip during our travels along the roads near Kumil Lodge, much of it near the Lae River,  trying to find an elevation without rain or heavy fog, were Great Cormorant, Nankeen Kestrel, Yellow-breasted Bowerbirds, Ornate Melidectes, a very unusual Sooty Melidectes (a first for our guides in this area), Mountain Mouse Warblers, lovely Crested Satinbirds, Tit Berrypeckers, Regent Whistlers, Torrent-larks, Torrent Flyrobins, and Mountain Firetails.

On the morning of August 1, we drove down to Mount Hagen to take a flight from that airstrip to either Tabubil or Kiunga.  Our destination was Tabubil, but sometimes the plane apparently does not land at Tabubil, and such was the case today.  Our ground transportation assumed we would be at Tabubil and apparently drove from Kiunga to Tabubil to meet us without checking on the flight.  After a couple of hours of negotiation at the Kiunga airstrip, an alternate ground transport was arranged and we left on the long drive to Tabubil, arriving after dark.  No birding today.