On the morning of August 3 we were to drive from Tabubil to Kiunga.  The van was 2 hours late, purportedly because there was a gas shortage in Tabubil because of low water on the River and consequent delay of the oil  tankers.  Along the way we stopped at a country-side roadside market for a little lunch. 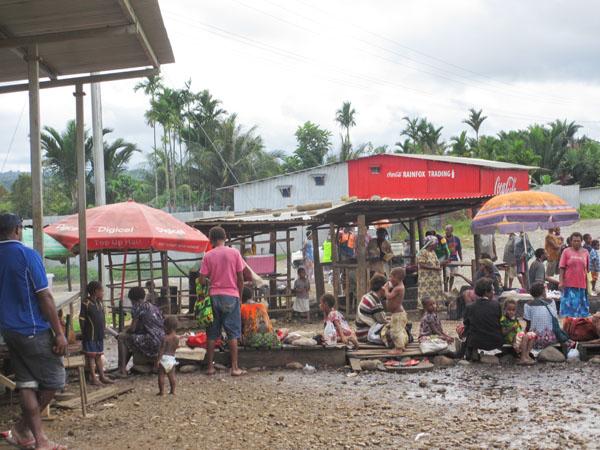 On the 5th we boarded boats for a trip to the Fishing Camp (Kivatu Camp) by way of the Fly River, the Elevala River and the Kivaki River.  The rivers were all very brown and bordered by jungle.  Very few human habitations were seen.  The mud banks furnish the pervasive color.  The water trip was very pleasant in spite of intermittent sprinkles and the need for umbrellas to buffer the wetness.  We were warned that the Camp was basic-very basic. 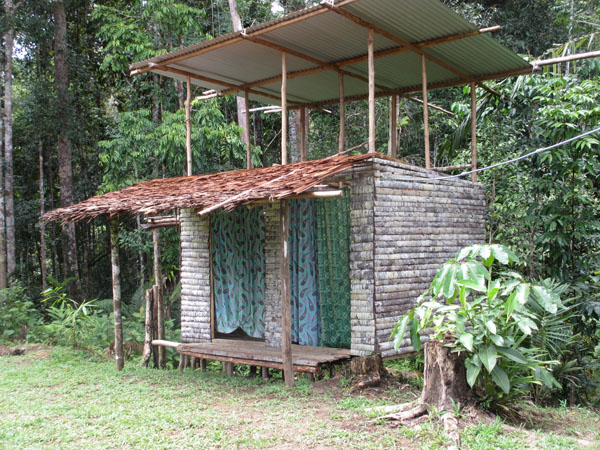 Outdoor privies and showers, mosquito netted cots that did nothing to keep out the insects at night and generally poor food were all a part of the price of staying somewhere reasonably close to sites where Twelve-wired Birds-of-Paradise and King Birds-of-Paradise can usually be found. Of course, the local Cassowary took full advantage of the food provided for it at the Camp. 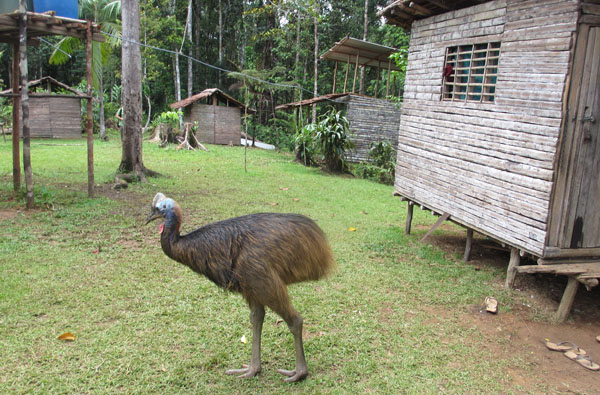 To add to the discomfort, the Camp had overbooked to accommodate a group of Chinese photographers, so we had to double up (triple up in my case) to have a place to sleep that night.

Discomforts aside, the birding was good here.    Birding on the rivers and on the trails near the Camp yielded some very lovely new birds, including Black Bittern (great view), Nankeen Night Heron, Great-billed Heron, a perched White-bellied Sea Eagle, Grey-headed Goshawk, a New Guinea Flightless Rail (seen from a blind after a long walk in the muck and wait), a Great Cuckoo Dove, several really spectacular Southern Crowned Pigeons, Dwarf Fruit Dove, a large flock of Channel-billed Cuckoos, Long-billed Cuckoo, good looks at Blyth’s Hornbills, Common Cicadabird, Golden Monarch, and, of course the unbelievably brilliant King Bird-of-paradise and the very strange Twelve-wired (I counted them) Bird-of-paradise.

The return trip on the Rivers was not without incident.  We had two boats.  The motor on one of them stopped working.  After much effort, it would start, only to die within minutes.  Consequently we were barely drifting along, for an hour or so.  Then, from the side of the river, appears a long boat with a family. 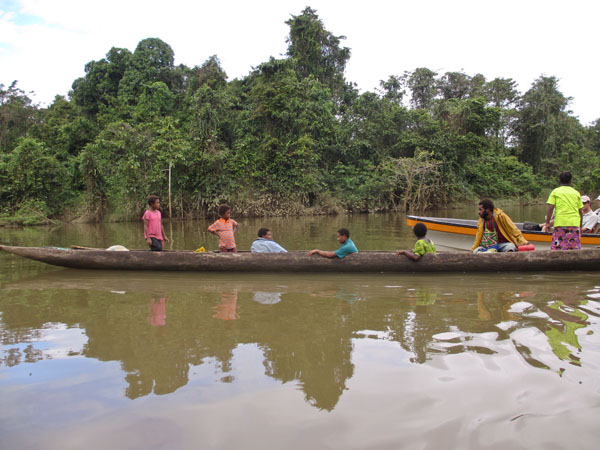 The man is a motor repairman.  He heard the starting problems from his riverside village, and loaded the household on his longboat to come to our rescue, which he did with dispatch.  Everyone was relieved that we could finally make way on our return to Kiunga.

On the 7th we flew to Port Moresby and enjoyed our last evening dinner together before flying to our separate destinations on the 8th of August.