Herman picked us up at 7:00 a.m on December 11th and we enjoyed the ride through historic Cartaga, traffic-bound San Jose, and the coast mountains, arriving about noon at Villa Lapas, our final destination.  Although we arrived at noon, as scheduled, the Hotel enforced a misguided policy of not allowing us to check into our rooms until 3:00 p.m. (They were not anywhere near full).  We managed to clean up and change clothes in the public rest rooms on premises and walk the hanging bridge trails from 2:00 until about 5:00.

The next morning we started early again, driving the short distance to Carara National Park.  Almost immediately we could hear the raucous calls of Scarlet Macaws.  Within minutes we were observing multiple pairs of Scarlet Macaws as they squabbled raucously over nesting hole claims, and otherwise made their presence well known. 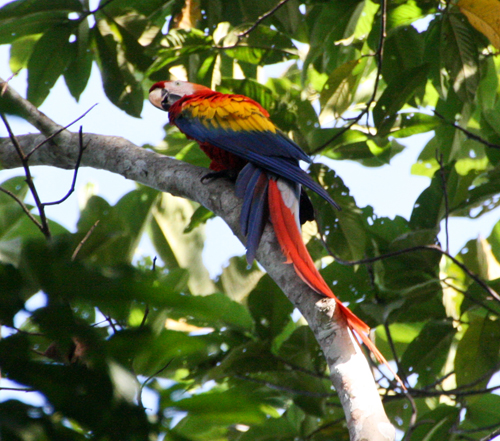 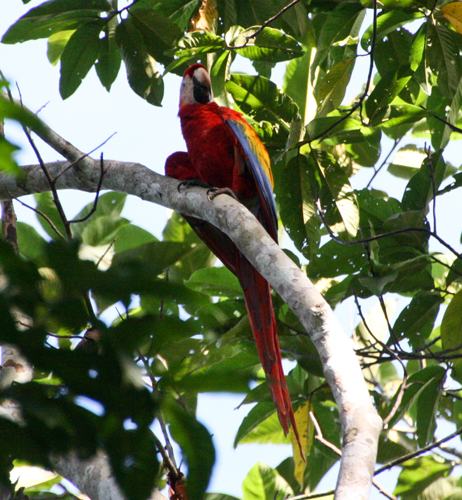 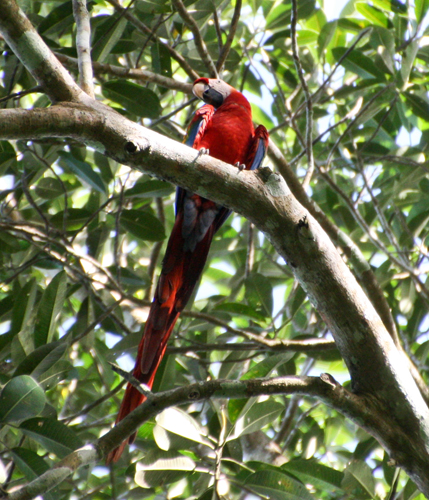 A troop of Spider Monkeys ambled along among the topmost branches of the jungle, pausing from time to time to taste the flowers. 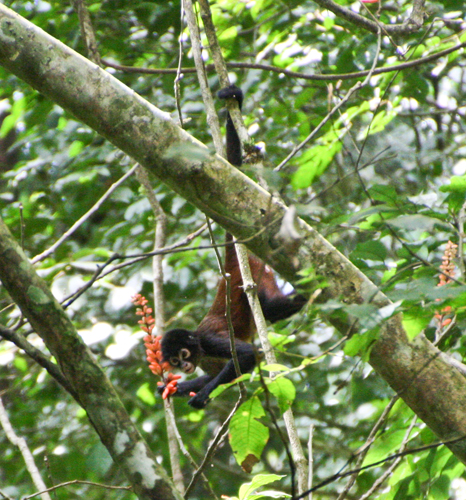 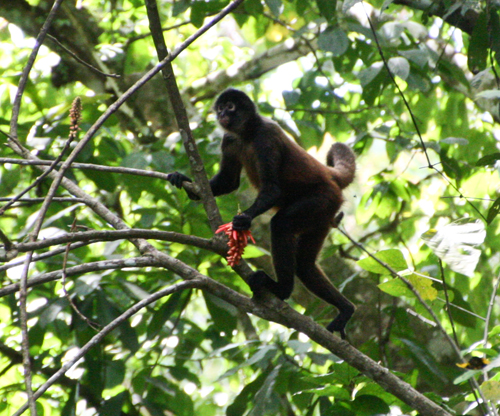 We also spotted a Capuchin Monkey high in the leaves, but he stayed hidden from our camera lens.  This brought to three the species of monkeys that we saw, and, in the case of the Howler Monkeys, heard.

After the walk at Carara we returned to the hotel grounds, which are quite extensive, for some unguided birding and some rest.  The air conditioning in the rooms was most welcome, as the humidity and heat hit us hard after experiencing the coolness of the interior mountains for the prior 4 days. After siesta, we took a riding tour of the local villages, the sea shore and the farms, all the while looking for birds. Not much new was seen, but there were a few interesting shorebirds and other water-oriented species along the shore, and other interesting species in the country-side. 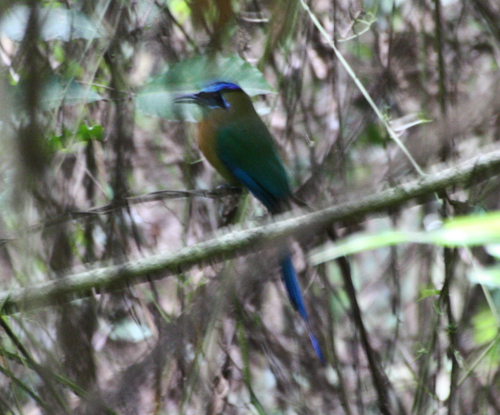 Also found here were Barred and Black-hooded Antshrikes, Blue-crowned and Long-tailed Manakins, Rufous-naped Wrens, Yellow-crowned Euphonias, a Long-billed Gnatwren, and others, for a total of about 75 species, none of them, however, new to me.

Costa Rica is a beautiful, friendly, country.  I can’t think of a better place for a beginning birder to initiate his or her out-of-country birding experiences.  This second visit to the country was as comfortable and enjoyable as my first, over 10 years ago.