We joined the Field Guides Jaguar Spotting: Pantanal & Garden of the Amazon Tour in Cuiba, the capital of the state of Mato Grosso, about noon on August 26th.  After lunch we boarded the bus to drive about 75 miles north to Garden of the Amazon, near San Jao do Rio Claro.

The drive took much longer than expected.  The bus had some overheating problems and the road, especially in the agricultural area, which was most of the way, was badly pot-holed.  Nevertheless the drive was interesting particularly because of the agricultural practices observed along the way.  My farm background always comes to the fore when I travel in a foreign country, as I try to see what sort of farming is going on there.  The northern Mato Grosso is heavily cultivated with very large fields of crops including soybeans, cane, cotton and corn, as well as some other crops I could not identify.  There were no farmsteads.  The owners live away from their land.  As it was late winter in Brazil, many of the fields were in the stubble stage, but with evidence of recent ginning of the cotton, with many large round bales stacked on the edges of the fields.  The terrible road condition through this area was easily attributable to the heavy trucks loaded with ag products that used the only highway available, causing great damage and dust along the way.  Smoke rose on the horizon, as burning of the stubble remains a common practice.  Progress here was truly at a snail’s pace. 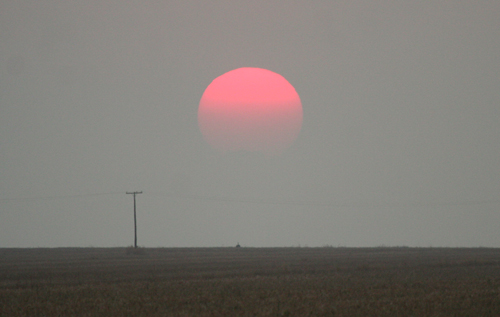 One of my target birds for this trip was the Greater Rhea. 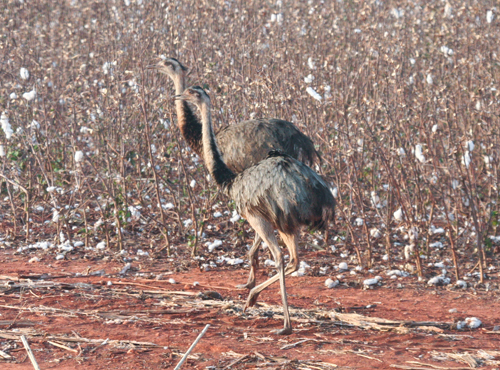 The Greater Rhea is one of the two species belonging to the Rheidae family, similar to the Ostriches of Africa, which represented one of the three South American families that were missing from my life list and which I could reasonably expect to see on this trip. One of the others, the Crescentchest of the Melanopareidae Family I had already seen at the Nacional Forest near Brasilia.  I had no reason to worry, because these very large birds were common along the road and in the fields.  Our guides said that they are protected by the farmers because they consume many insects that are harmful to the crops.  So early on, I had ticked off two of my three primary targets, leaving for a future day to find only the Seriema as a representative of the Cariamidae family.

Our days at Garden of the Amazon were quite evenly divided between river cruises and walking the trails around the Lodge.  An early morning extra outing for a few of us to attempt to see a Zigzag Heron resulted in hearing one, but it never came in view, to my chagrin.  Around the Lodge were Capybarras 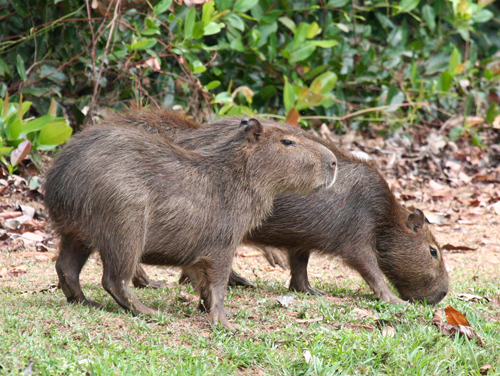 and thousands of butterflies. 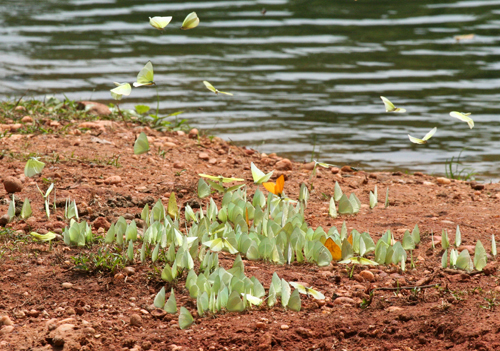 A highlight of one of our river cruises was this Anaconda, which was trying to absorb some heat from a sandbar.  How long is it?  Estimates varied between 12 and 15 feet, but as the trip wore on, it grew to 20 feet or more.   🙂 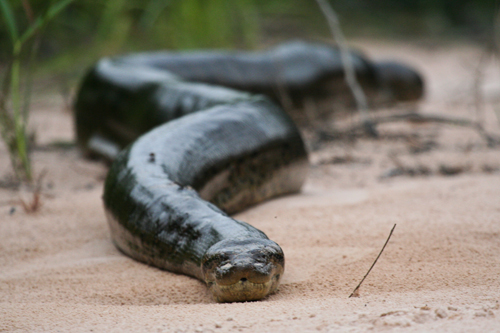 Birds, including new life birds, at this area were too numerous to list.  Barbara was busy with her camera, but many of the birds were spotted high in the trees looking into the sun.  Not ideal for photos.  Some of the photos are here: 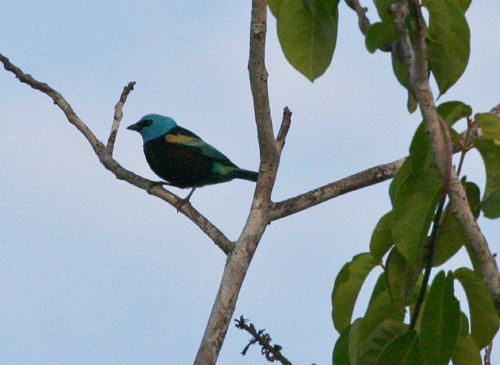 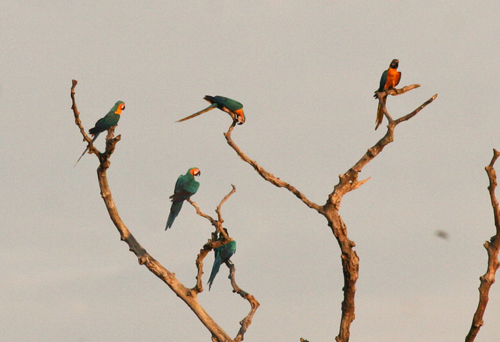 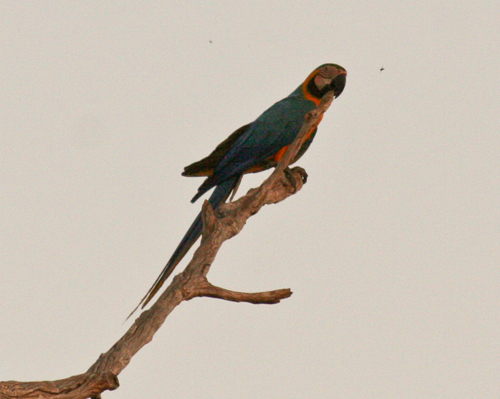 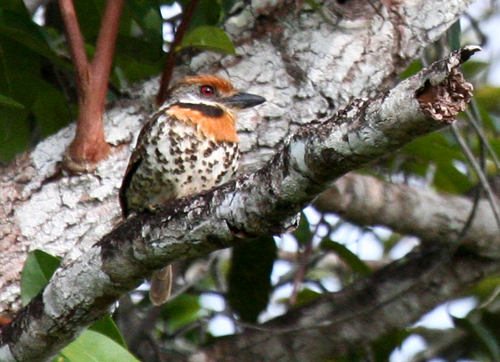 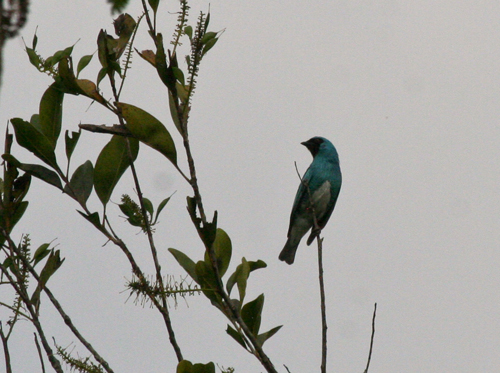 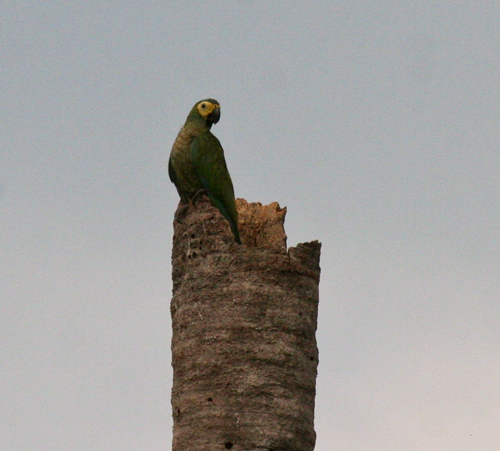 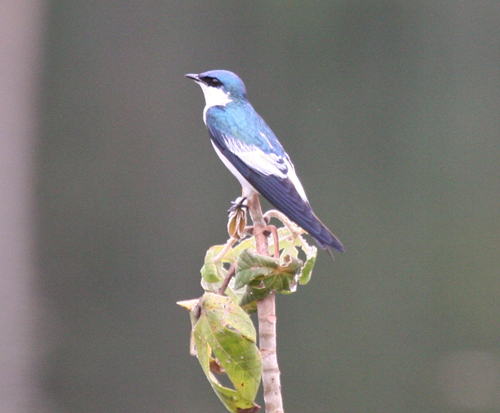 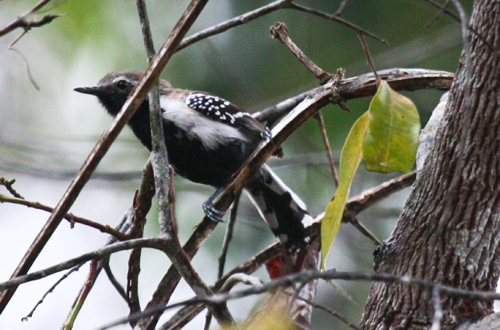 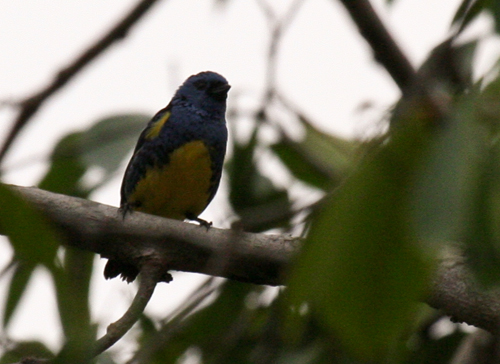 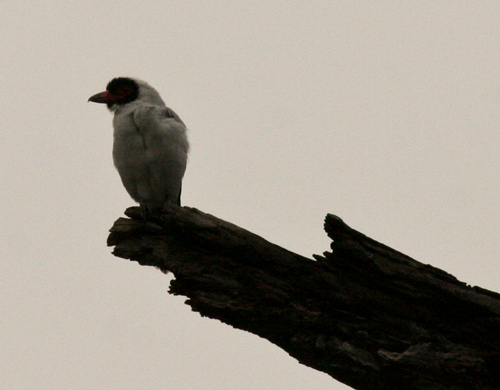 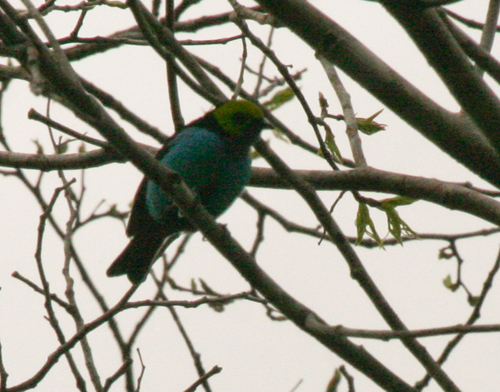 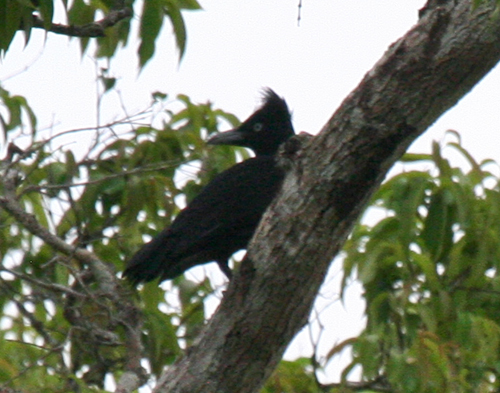 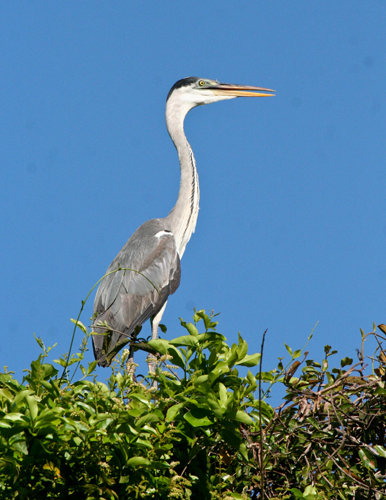 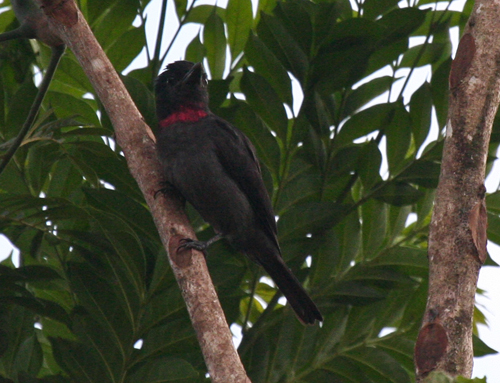 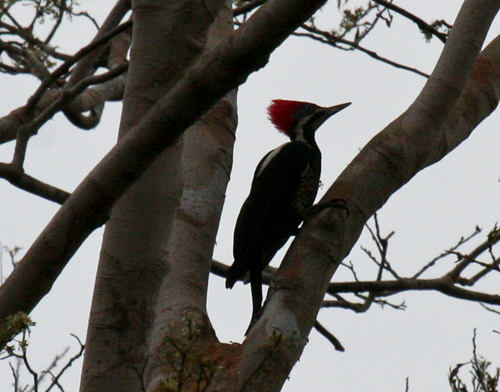 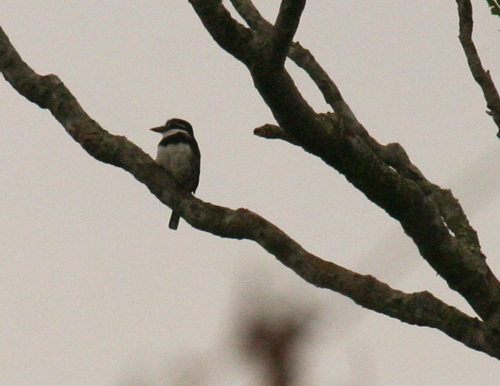 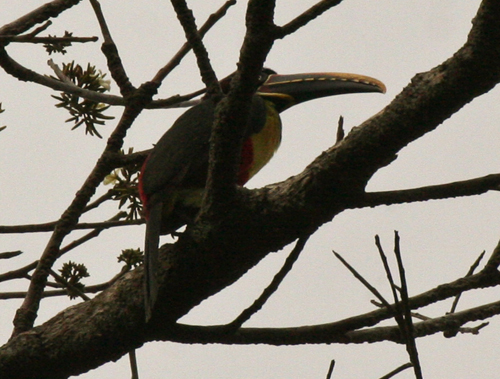 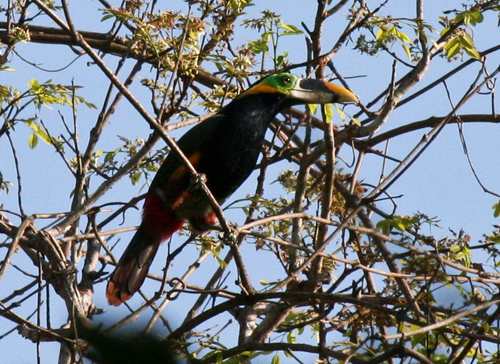 We spotted a marmoset peeking at us from behind a tree. 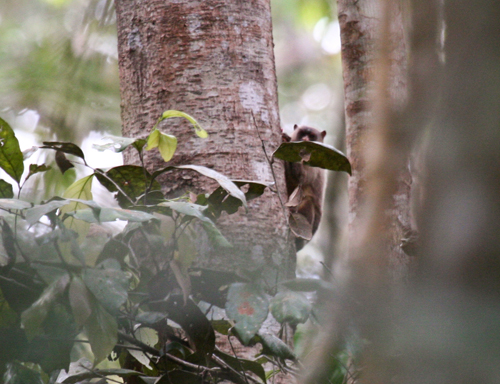 Looking into the sun at this monkey high in a tree made an interesting silhouette. 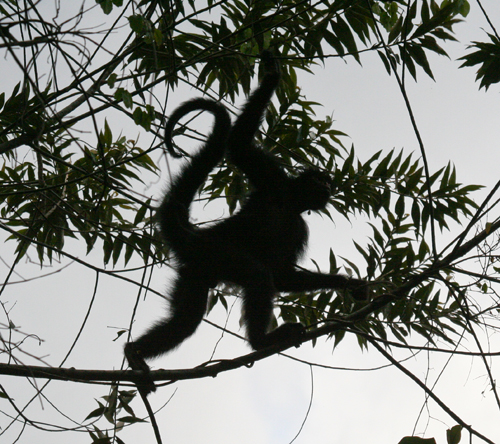